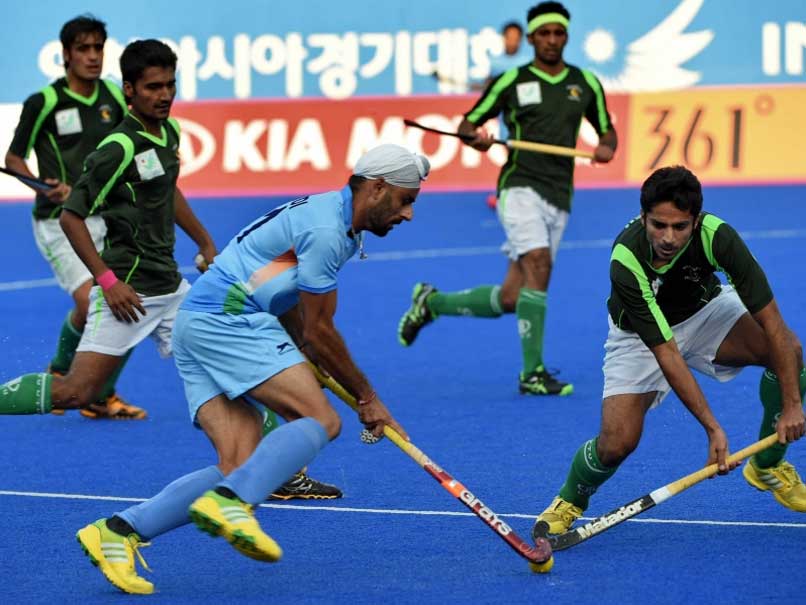 India and Pakistan's rivalry in hockey is legendary and they will play again in Asian Champions Trophy.© AFP

Pakistani players and officials have been told to keep their emotions in check when they face arch-rivals India in the Asian Champions Trophy match at Kuantan in Malaysia on Sunday.

"Given the existing tensions between the two countries at every level we have asked our players to not only avoid statements on the match but also keep calm and cool no matter what the result of the match," a top official of Pakistan Hockey Federation (PHF) said.

The official said that after the Champions Trophy semi-final fiasco in December 2014, the PHF didn't want more tensions with the Indian hockey board.

Pakistan are without their captain and senior most player Mohammad Imran, who missed out on the tournament because of a glitch wherein he sent his passport to the UK consulate for a visa and didn't get it back on time to travel to Malaysia.

The PHF has promised an inquiry against him. "Imran will be missed as he has been a key factor in recent matches against India," former Olympian Islahuddin Siddiqui said.

Sunday's fixture is the 166th international match between the two countries.