India went down 1-0 to world No.7 Belgium and will face the Netherlands in the third-place play-off game. India had finished fourth in the FIH World Hockey League Semi-Final in Antwerp in July this year. Catch all the highlights of the match here.

India failed to avenge their 4-0 defeat to Belgium in the FIH World Hockey League Semi-Final in Antwerp in July this year. It was a grudge match for Sardar Singh's men but Belgium managed to hold on to their early lead to book a date with mighty Australia in the summit clash. Catch all the highlights here.

2003 hrs IST: That's it! India have suffered a heartbreak. They have lost the match 1-0 and will face the Netherlands in the bronze medal match. It will be Belgium vs Australia in the final.

1949 hrs IST: Tanguy Cosyns gets Yellow Card and he has been suspended for five minutes. This means Belgium are down to 10 men and India have a great chance to cancel visitors' lead.

1938 hrs IST: Still no success for India as third quarters comes to an end.

1934 hrs IST: India's hero in the previous match against the Great Britain Talwinder Singh given Yellow Card. He will be suspended for five minutes.

1925 hrs IST: Rupinder Pal Singh receives Green Card. India reduced to 10 men in the field as he will be out of action for two minutes.

1920 hrs IST: Both teams are out in the field. Sardar Singh is seen encouraging his players in a team huddle. India need to regroup and put up a better show. 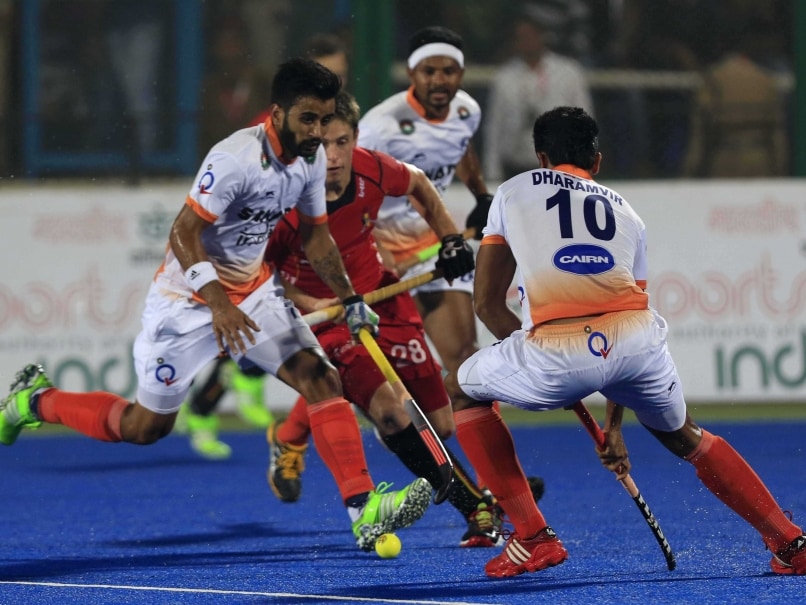 1911 hrs IST: It's half-time now. It was an entertaining one but both teams lacked finishing. Can India bounce back in the second half?

1907 hrs IST: India have looked helpless so far and much credit must go to Belgian defence. They have not given Indians much room to equalise.

1903 hrs IST: Both teams continue to trade shots in the second quarter with India holding the edge in a nervy battle.

1853 hrs IST: That's the end of the first quarter and Belgium have survived India's onslaught. The Red Lions hold on to their narrow 1-0 lead. Second quarter promises to be a thrilling one.

1850 hrs IST: With three minutes to go in the first quarter, Belgium hold on to their lead.

1841 hrs IST: Goal! Belgium take the lead in the 5th minute to put India under pressure straightaway. Cedric Charlier receives a perfect pass from Jerome Truyens to beat Sreejesh with a reverse hit. Charlier made full use of the gap between the goalie's legs.

1831 hrs IST: India and Belgium players line up for their national anthems. It's a big day for India in front of their home fans.

Belgium have been the toughest nut to crack in this FIH World Hockey League final in Raipur. Their ability to strike when the odds are down can take any team by surprise and India will have to be careful till the final hooter goes off.

After finishing last in their group, India look galvanized against Britain. Riding home advantage in Raipur, India stitched better moves and the flanks looked more mobile. VR Raghunath's goal from a penalty corner was the first in the tournament and Talwinder Singh's sizzling goal at the far post from a difficult angle spoke about the youngster's talent.

"We learned from the mistakes that we made in the Pool matches and we know that we can upset any team in the world on any given day. We will relax, rest and focus on the semi-final match now," said Raghunath, the team's chief dragflicker. 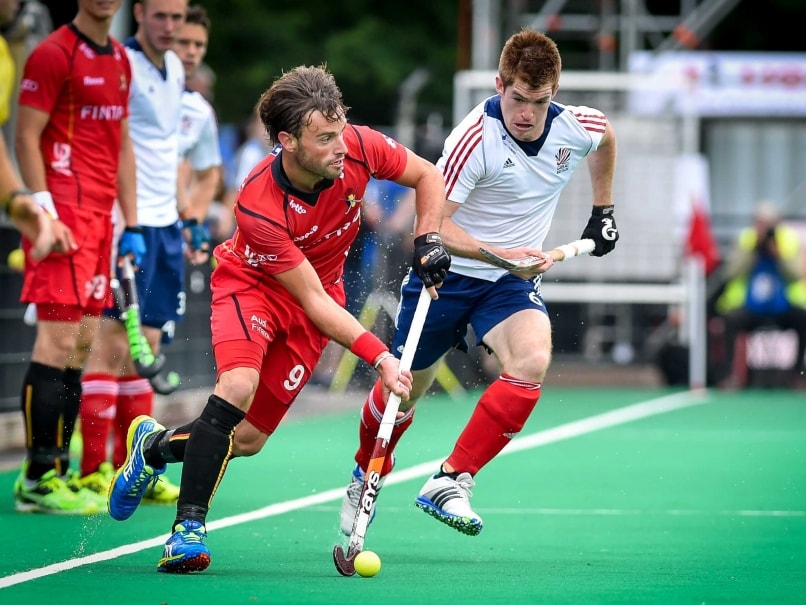 Belgium defeated Argentina 2-1 in the quarterfinals.

Belgium will be no easy side to beat. Although India have beaten the Red Lions during the Champions Trophy in Bhubaneshwar in 2014, Saturday's semifinal will be a different ball game. Belgium defeated Argentina 2-1 in the quarterfinals. India were blanked 3-0 by the Argentines in a pool match.

Alexandre Hendrickx gave Belgium the lead with a low, powerful penalty corner effort in the 22nd minute, before Sebastien Dockier added a second three minutes ahead of half time.

Belgium defender Arthur van Doren said: "It is a big honour to play India in India, so it is something that the whole team is really looking forward to. These are the kind of games that you train all year for, the chance to play against a good Indian side in a big stadium. We will prepare well and try to get the victory."

It's all set for a big showdown. The winners play Australia in the final. The world champions defeated Netherlands 3-2 in the first semifinal played on Friday.

Comments
Topics mentioned in this article India Australia Hockey
Get the latest Indian Premier League 2020 news, check out the IPL 2020 schedule, Cricket live score . Like us on Facebook or follow us on Twitter for more IPL 2020 updates. You can also download the NDTV Cricket app for Android or iOS.
Related Articles

Premier League Clubs To Vote On Return Of Contact Training