Indian men's hockey team midfielder Sumit said that the team's results from recent tour reflected that it was on the right path ahead of the Tokyo Games. 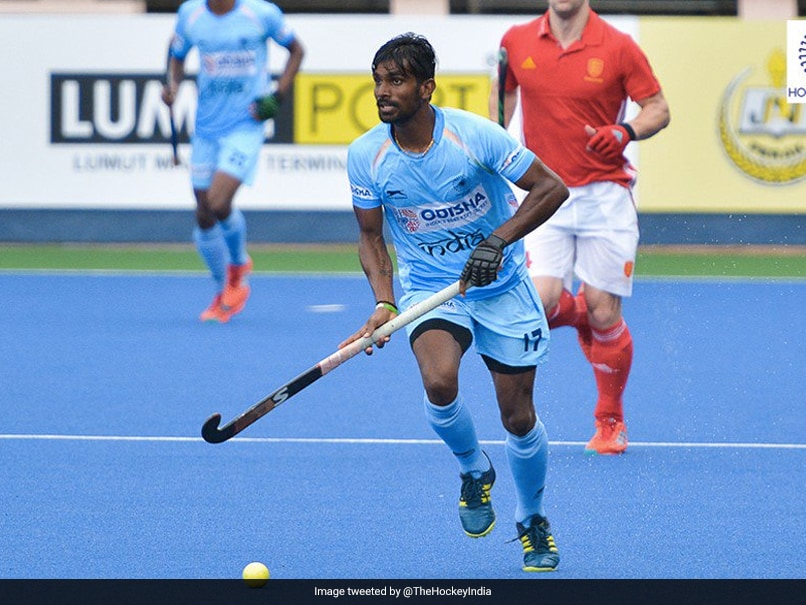 Indian men's hockey team midfielder Sumit feels the team is on the right track ahead of the Tokyo Games.© Twitter/TheHockeyIndia

"We create the same match scenarios or use a particular team's structure during our internal practice games. It's really effective, and we are trying to make the most out of it," said Sumit, who has played 66 matches for the national side.

The 24-year-old midfielder got an opportunity to play for the Indian team on their recent tour of Argentina.

He played his first high-level competition since India's Pro League matches against the Netherlands in January 2020.

Speaking about making a comeback after a long hiatus, Sumit said, "I was a bit nervous initially because I was playing after a very long time. But, at the same time, I was very excited to be back in the team, and play against Olympic Champions Argentina."

He further added, "I had suffered a wrist injury during the FIH Series Finals in Bhubaneswar in 2019, so I was out for almost six months."

"After recovering, I did get a chance to play during our Pro League Matches against the Netherlands in Bhubaneswar in January 2020, but to be honest, I didn't feel like I made a strong comeback to the team," he revealed.

"After that, we didn't get much competition due to the COVID-19 pandemic situations. Hence, there were mixed feelings on the Argentina tour initially, but I am really happy with the opportunity I got, and I feel I did well," Sumit said.

Speaking about the takeaways from the Argentina tour, Sumit said, "The results from recent tour reflect that we are on the right path for our Olympics. However, I think we can improve more on our attack. We should play attacking hockey, and try to convert the chances we get in the first three or five minutes of the game so that we can capitalise on the early leads."

"Comparing both Europe and Argentina tour, I feel there has been a constant improvement, and we are working hard to maintain this consistency," he added.

"On a personal level also, I think I can play more attacking hockey. There's still a lot more to improve on my attacking skills, and I am giving 100 per cent to it," he said.

With the clock ticking towards the Olympics, Sumit feels there is a great atmosphere around the team, and everyone's really excited about the quadrennial event.

"There is a great atmosphere around the team. Everyone's really excited about the Olympics. We are itching to perform and give our everything for our biggest dream, the Olympics," he concluded.