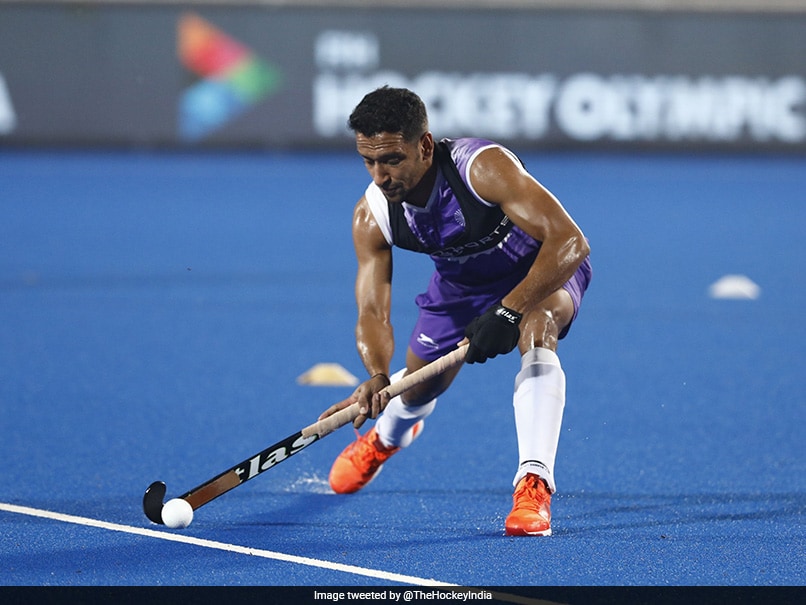 Gurinder Singh said that the national side is fine-tuning a few techniques ahead of the Olympics.© Twitter/TheHockeyIndia

The Indian men's hockey team defender Gurinder Singh, who has played 58 matches for the national side, has said that good coordination among the players helped the team achieve good results in its recent tours of Germany, Belgium, and Argentina. India remained unbeaten in their tour of Europe in March and was handed one loss in their tour of Argentina in April. "One of the things that we have always focused on is good coordination on the field. Skill is important, but if there is no coordination between players then the skill of players will not be utilized properly," said the 26-year-old in an official Hockey India release.

"We coordinated very well during our tours of Europe and Argentina. We didn't hesitate while passing the ball as the players were moving well on the pitch," Gurinder added.

"This is a very good sign for us and the coordination we had definitely helped us achieve good results in our matches this year," Gurinder said.

The defender also added that he feels very fortunate to be playing alongside experienced defenders such as Harmanpreet Singh and Surender Kumar.

"We have a fantastic balance between youth and experience in our side. I feel very fortunate to have senior players such as Harmanpreet Singh and Surender Kumar in our team," Gurinder added.

"They have played over 100 matches for India, and I have learned a lot from them. Our seniors are always there to help us with our games. I hope that I can become a player like them at some point in the future," said Gurinder.

While speaking about the team's immediate targets, Gurinder said that the national side is fine-tuning a few techniques ahead of the Olympics.

"All of us are confident about our games ahead of the Olympics. However, there is always room for improvement and therefore we are fine-tuning a few aspects of our games at the moment," Gurinder said.

"Doing well against Germany, Great Britain and Argentina has given us a lot of confidence, but we have to build on our performances and become fully prepared for the challenge at the Olympics later this year," concluded the 26-year-old.