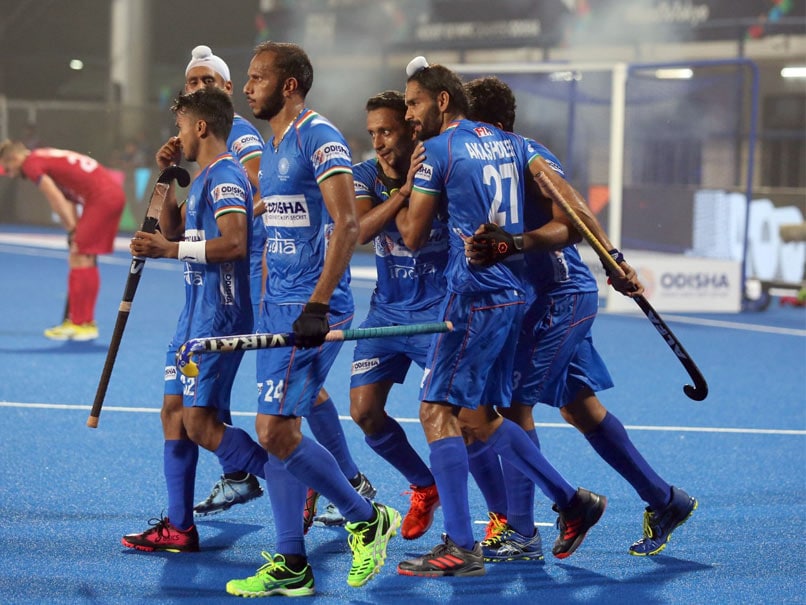 Eight-time winners India qualified for the 2020 Tokyo Olympicsafter thrashing Russia 7-1 (11-3 on aggregate) in the second game of the two-legged FIH Qualifiers for men on Saturday. The men's team booked their tickets after the women defeated USA 6-5 on aggregate to qualify for the sporting extravaganza. The Indian men, ranked fifth in the world, had earlier defeated world number 22 Russia 4-2 in the first-leg on Friday. On Saturday, Akashdeep Singh (23rd and 29th minutes) and Rupinder Pal Singh (48th, 59th) scored a brace each, while Lalit Upadhyay (17th), Nilkanta Sharma (47th) and Amit Rohidas (60th) struck after Russia took an early lead in the opening minute through Alexey Sobolevskiy.

The Russians stunned India 25 seconds into the game when Sobolevskiy opened the scoring to reduce the goal difference to just one.

The Indians were slow to get off the blocks and it took seven minutes for the hosts to get their first scoring opportunity in the form of a penalty corner, but it was wasted.

After a sedate start, the Indians intensified the pressure on Russia's goal but were unable to create clear chances. Russia, on the other hand, looked dangerous on counter-attacks as the hosts trailed by a goal in the opening quarter.

India equalised in the 21st minute through a field strike by Lalit Upadhyay, who deflected in a Hardik Singh shot. The Indians upped their ante and took the lead in the 23rd minute when Akashdeep scored following a penalty corner.

There was no stopping India after that as they kept up the pressure on the Russian defence and mounted quite a few attacks. Graham Reid's men extended their lead just a minute from half time when Akashdeep scored his second goal of the game through individual brilliance.

India went into the halfway break with a comfortable 7-3 lead over Russia on aggregate, courtesy three strikes in the second quarter. Five minutes after the change of ends, Alexander Skiperskiy narrowly missed the target after a beautiful team work by the Russians.

In the 44th minute, Ramandeep Singh missed a big opportunity to increase India's lead as his attempt went wide. There was no stopping the Indians after the initial hiccup as they added four more goals in the final quarter to add to Russia's agony.

Nilakanta scored with a powerful shot into the top left angle of the goal in the 47th minute before Rupinder converted a penalty corner in the very next minute.

The berth more or less secured, India pumped in two more goals in the final two minutes of the game through penalty corner conversions by Rupinder and Rohidas.