FIH 'Regrets' India's Decision To Pull Out Of Pro League

As per media reports, India has cited the inferior ranking of the women's team as the reason to withdraw. 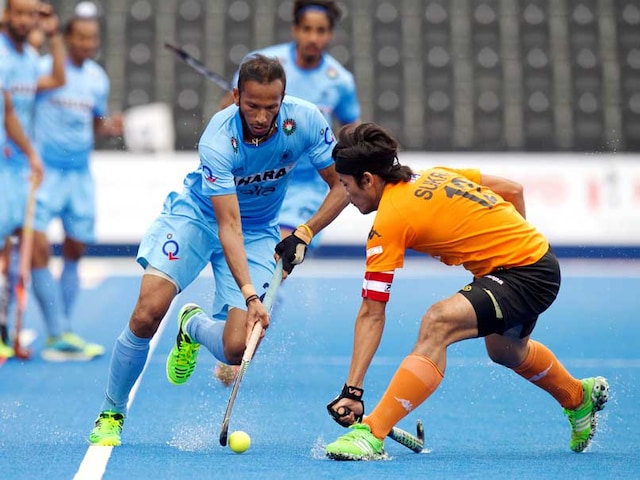 The International Hockey Federation has confirmed India's withdrawal from its ambitious Pro League, one of FIH's flagship tournaments offering Olympic qualifying berths to the top four teams in both men's and women's events. The FIH said it has "received confirmation from Hockey India" that the country has pulled out of the tournament that is due to launch in January 2019 with matches between the world's best sides being conducted over the weekends for six months every year.

"Whilst we regret Hockey India's decision not to be involved in this exciting new global League, we have replacement teams available following an application process which was oversubscribed," the FIH, headed by former Hockey India boss Narendra Batra, said in a statement.

HI's decision can have an impact on the Olympic qualifying hopes of the men's and women's teams as the Pro League is one of FIH's main qualifying tournaments for the Tokyo Games.

The top nine men's and women's international teams will play each other on a home-and-away basis every weekend for six months from January to June. The top four teams at the end of the league will be awarded Olympics berth.

As per media reports, India has cited the inferior ranking of the women's team as the reason to withdraw and since there was no option to pull out just one team, India was left with no option but to withdraw from the men's event as well.

HI believes India have better chances of qualifying for the Olympics via the Hockey World League.

It is also being speculated in certain circles that the pull out was to do with India captain Sardar Singh being called for questioning by the police in connection with a year-old sexual assault case, during the Hockey World League semi final in London.

It may also be noted that last week Hockey India had written to the FIH, raising concerns of match-fixing attempts during the recently held tournament in London.

Meanwhile, on the Pro League, the FIH further said, "Our Event Portfolio Implementation Panel will convene a meeting to discuss the practical implications of a team withdrawal including formally inviting replacement teams to participate in the men's and women's League.

"The first Hockey Pro League workshop with all participating nations invited is being held in Lausanne, Switzerland later this month."

Comments
Topics mentioned in this article
India India Women Hockey
Get the latest updates on IPL 2020, check out the IPL Schedule for 2020 and Indian Premier League (IPL) Cricket live score . Like us on Facebook or follow us on Twitter for more sports updates. You can also download the NDTV Cricket app for Android or iOS.