Asserting that issues plaguing the Senior Men's National Championship in Imphal have been addressed, Hockey India CEO Elena Norman on Wednesday said the players will vouch for the effort the national body has put in. 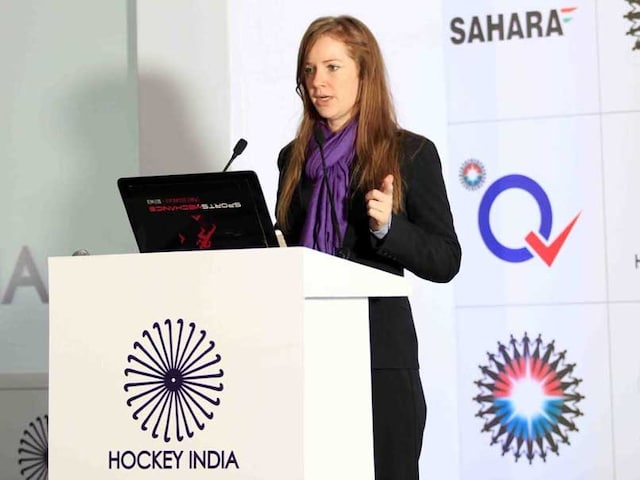 Asserting that issues plaguing the Senior Men's National Championship in Imphal have been addressed, Hockey India CEO Elena Norman on Wednesday said the players will vouch for the effort the national body has put in. Hockey players arriving in the Manipuri capital to participate in the 8th national championship (B Division) had complained of inadequate facilities. The athletes had said they were not provided blankets, adequate food or proper toilets. "Infrastructure is not a problem, there weren't enough resources. I went there personally, visited each and every room, ate with the people there. And now, I can say that every issue has been addressed," Norman told PTI.

She said the organisers, perhaps, "underestimated" the logistical requirements of the event before getting things back in order.

"The athletes understood we are there to help them, and they are now satisfied," the Australian, who was appointed HI's first Chief Executive Officer in 2011, said.

Asked about the logic behind giving small tournaments to tier-II, tier-III cities like Imphal and Hojhai in Assam, Norman said HI wants to give a chance to everybody.

"We want to obviously give a chance to everybody. We don't want to take them to the same centre again and again, it is not about lack of infrastructure."

Coming back to the the controversy that broke out in Imphal, she said, the organisers were initially "not able to prioritise" what needed to be done and at what stage.

"They underestimated how much time it takes in setting up the things. But then we have have got great support from the Manipur government and the sports authorities there. People were always on the job."

Earlier, the tournament was plunged into controversy when the players complained they had no beds to sleep and the washrooms had leakages.

Because of the non-availability of beds, the players were seen sleeping on mattresses on the floor. The players also complained that they have not been provided with blankets.