Sports Minister Anurag Thakur said that federations should consult with the government first before deciding to pull out of big global events after Hockey India announced that it would not send its teams to Commonwealth Games 2022 in Birmingham. 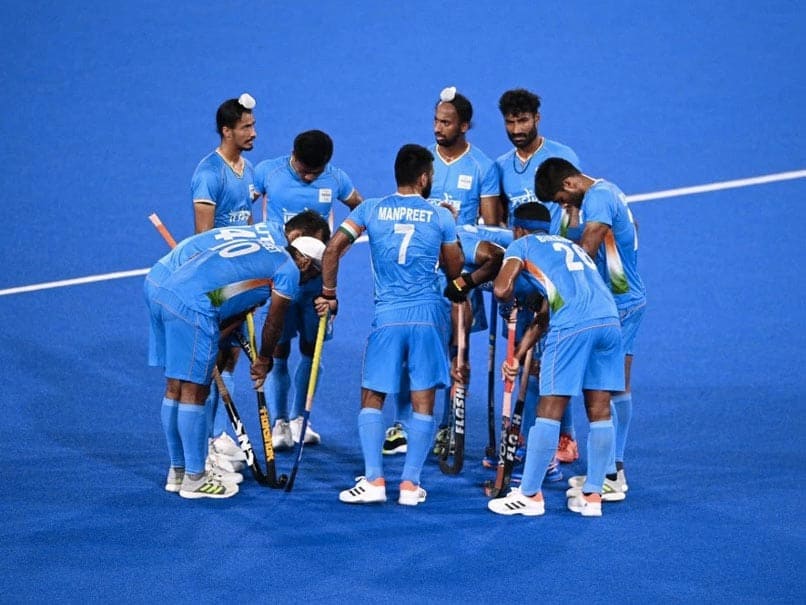 HI recently announced that it would not send its teams to CWG 2022 in Birmingham.© AFP

Union Minister for Youth Affairs and Sports Anurag Thakur on Sunday said that federations should consult with the government first before deciding to pull out of big global events. Thakur's remarks came as Hockey India announced that it would not send its team to Commonwealth Games 2022 in Birmingham as it wants to prioritise Asian Games. "I think any federation should refrain from passing these kinds of statements. They should discuss it with the government first, the federation's team is not going. It is the country's team that goes for an event. In a country of 130 crores, there just are not 18 players who can represent the country. I believe Hockey India should consult with the government and the sports department," Thakur told reporters.

"I have clarified that in such a big country, there just are not 18 players who can represent the country. There is no shortage of talent in hockey in our country. If you see cricket, IPL is going on and then there is World Cup. If they can play then why cannot the same be done in other sports? I understand Asian Games is being prioritised, I am not going in this issue, I am just saying where India will be playing just does not lie with the federation, it lies with the government also," he added.

Talking about National Sports Award, Thakur said, "The selection committee will meet in the next 10 days where they will decide who will be given the award this year and after taking time from President of India, the awards will be conferred."

Earlier, the Indian men's and women's hockey teams had decided to pull out of the Commonwealth Games 2022, which is set to be held from July 28 to August 8, 2022, in Birmingham, England.

The teams decided to put their full focus on the Asian Games 2022, which will be hosted at Hangzhou, China, from September 10-25, 2022. Since the Asian Games is a continental qualification event for the Paris Olympics 2024, the Indian men's and women's hockey teams will need to be at their very best when they take part in the Asian Games in September 2022.

It is a priority for the teams to win the gold medal at the Asian Games 2022, thus securing direct qualification for the Indian men and women teams for the Paris Olympic Games and allowing the teams almost 2 years to fully prepare for the Olympics.

Speaking about the decision taken to withdraw from the Commonwealth Games, Gyanendro Ningombam, President, Hockey India said, "The Asian Games 2022 is certainly a very important tournament for us since it's a continental qualification event for Paris Olympics 2024.

"The Indian men's and women's teams have to play at their optimum level and therefore it was important for us to withdraw from the Commonwealth Games 2022, which is being held just before the Asian Games 2022. After a scintillating performance by both the Indian teams at the Tokyo Games, we are focusing on producing even better results at the Paris Olympic stage," he added.

Comments
Topics mentioned in this article
India Women India Hockey
Get the latest updates on T20 World Cup, check out the T20 World Cup Schedule and Live Score . Like us on Facebook or follow us on Twitter for more sports updates. You can also download the NDTV Cricket app for Android or iOS.