It was a perfect display of attacking hockey as the Indian strikers toyed with the Malaysian defence with short passes, one-touch ball delivery to pump five beautiful field goals. 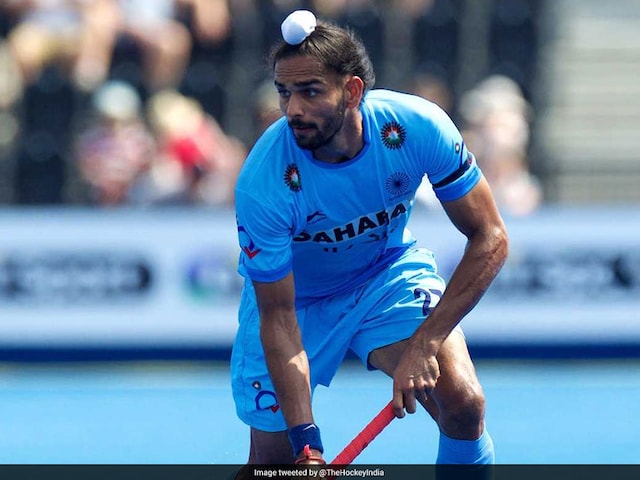 For Malaysia, who looked impressive with an all-win record so far, this was their first loss in the event.

By virtue of the win, the Indians have also avenged their twin defeats -- 0-1 in Azlan Shah Cup and 2-3 in Hockey World League Semi-finals in London -- earlier this year.

The win propelled India to the top of Super 4 stage after they drew 1-1 against Korea yesterday.

Earlier in the day, Korea and Pakistan played out a 1-1 draw in another Super 4 match.

The Indians, who found it difficult to breach Korea's resolute defence, came out with purpose and dominated the proceedings.

After wasting a penalty corner, Lalit Upadhayay shot off Ramandeep Singh's pass was saved by the stretched legs of Malaysian goalkeeper Kumar Subramaniam.

But India took the lead seconds before the end of first quarter when Akashdeep found the net with a powerful shot after receiving an inch-perfect pass from skipper Manpreet Singh from the halfway mark.

Tengku Tajuddin then missed an easy chance for Malaysia. Malaysia tried to dictate the pace of the game in the second quarter and earned two penalty corners, but wasted both.

Harmanpreet doubled India's lead in the 19th minute with a powerful flick off the side's third penalty corner.

Uthappa made it 3-0 with a slap shot as Sunil's pass landed before his stick after a deflection from a Malaysian defender, going into the half time with a comfortable lead.

After a quiet third quarter, Gurjant extended India's lead from close range when he was set up by Uthappa, Lalit and Akashdeep's combined play in the right flank.

Sunil then made it 5-0 with a diving deflection from Gujrant's reverse hit cross.

The Malaysians earned as many as eight penalty corners in the match, but could utilise just one through Razie.

Towards the end, the talismanic Sardar Singh also registered his name in the scoresheet with a reverse hit goal after being set up by Akashdeep.

India will play arch-rivals Pakistan in their third and final Super 4 match on Saturday.