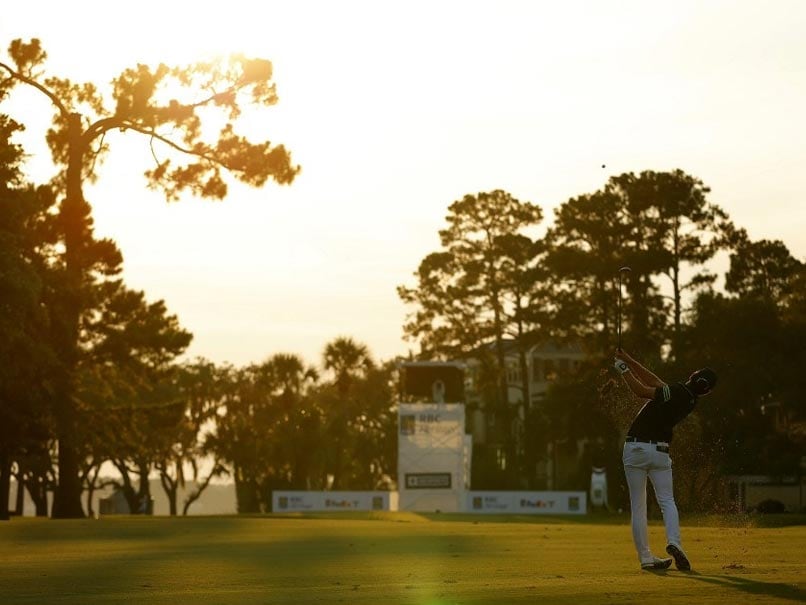 The PGA Tour said Saturday it is beefing up safety protocols for upcoming tournaments.© AFP

The PGA Tour said Saturday it is beefing up safety protocols for upcoming tournaments following a rash of positive coronavirus tests at this week's Travelers Championship. The tour said in a statement that as of next week's Rocket Mortgage Classic in Detroit, no players, caddie or other individual will be allowed inside the "bubble" until first being cleared via a negative COVID-19 test. Previously players and caddies were allowed to be on site to practice as they awaited test results, but were not allowed to use any indoor facilities.

"The Tour is taking that precaution one step further to add an additional safety measure in that no player nor caddie will be on site - anywhere - to start the week, without first being cleared through COVID-19 screening," the Tour said.

"This same policy will apply to all individuals inside the bubble, such as independent physios, instructors, staff and others."

Three players and two caddies tested positive immediately before or during the event, while two other golfers withdrew as a precautionary measure.

On Saturday, Jason Day teed off in the third round alone after requesting an additional test. He was later confirmed to be negative for the disease.

Comments
Topics mentioned in this article
Golf
Get the latest updates on SA vs IND 2021-22, check out the Schedule and Live Score . Like us on Facebook or follow us on Twitter for more sports updates. You can also download the NDTV Cricket app for Android or iOS.