World Number two Jon Rahm is confident of his chances of winning his first major title at the Masters 2020 in Georgia. 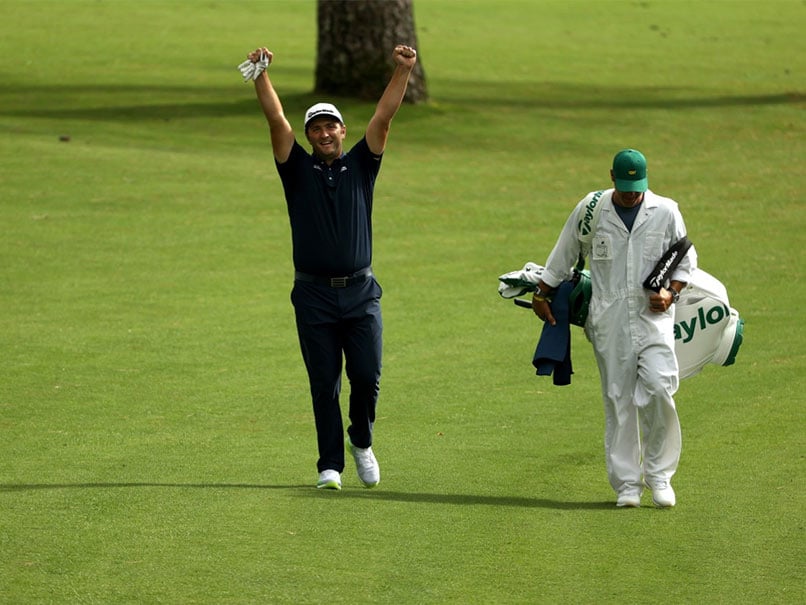 Jon Rahm, the World No. 2 golfer from Spain, pulled off one of the most exquisite shots seen on a golf course during a practice session of the Masters 2020 in Georgia on his 26th birthday on Tuesday. In a video doing the round on social media, Rahm can be seen hitting the ball as it skims over a pond and curls its way into the hole 16. "His second in two days, Jon Rahm skips his way to a hole-in-one at No. 16 - on his birthday, no less. #themasters," The Masters' official Twitter handle captioned the video.

His second in two days, Jon Rahm skips his way to a hole-in-one at No. 16 - on his birthday, no less. #themasters pic.twitter.com/rtefAN5XtH

Fans went gaga on social media after watching the extraordinary shot from Rahm.

"It's the greatest shot in ANY sports history and it's as simple as that," a fan tweeted.

It's the greatest shot in ANY sports history and it's as simple as that.

"This is the greatest shot I seen in golf...ever," another one said.

This is the greatest shot I seen in golf...ever

The 26-year-old is eyeing his first major title and he will have his task cut out with the likes of Tiger Woodsand Rory McIlroy in the mix.

Rahm was upbeat about his chances at the major, starting Thursday.

"I hit it about as good as I (can) hit it tee to green really in the tournament, especially on Sunday and the weekend," he added.

The Spaniard said that he is working hard and is hoping that something special could happen this weekend.

"I've been putting in the work and golfing well. Hopefully something special happens this weekend," Rahm mentioned.

Comments
Topics mentioned in this article
Tiger Woods Rory McIlroy Golf
Get the latest updates on IPL 2021, check out the IPL 2021 Schedule and Indian Premier League Live Score . Like us on Facebook or follow us on Twitter for more sports updates. You can also download the NDTV Cricket app for Android or iOS.