Asian Tour's CEO Cho Minn Thant has said that India would be a big part of the revised golf calendar with as many as three events likely in the country. 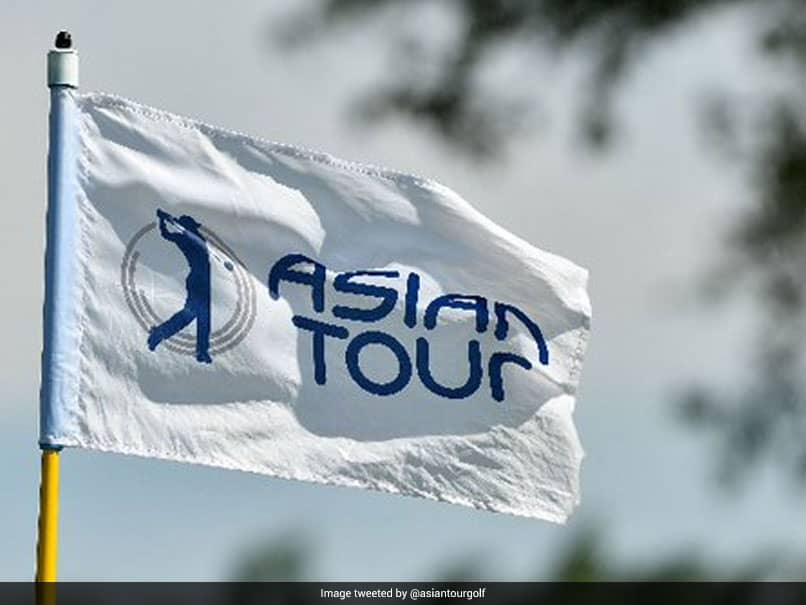 The Asian Tour organisers are targeting between 10-12 events from September to December.© Twitter

Eyeing a resumption in September, Asian Tour's CEO Cho Minn Thant has said that India would be a big part of the revised golf calendar with as many as three events likely in the country. Cho said the Asian Tour is taking a cautious approach about returning to competition as the world tries to grapple and deal with COVID-19. "We are targeting between 10-12 (events) from September to December. There is a prospect of the Tour travelling to China and culminating with a stretch which includes the Hong Kong Open and Mauritius Open in the later part of the year," said Cho from Singapore.

"India will be an important component of the reworked schedule," he added.

The Tour also plans to adopt innovative and need-based measures to counter the threat of the virus. The possibilities include restrictions like "local caddies only", fewer travelling staff and even no marquees and hospitality tents if local sponsors desire.

The Tour is also willing to look at additional Pro-Ams as an incentive for the sponsors. With its first post-COVID-19 event in September in Korea, the Asian Tour hopes to stage about a dozen tournaments in the remaining period of 2020.

It will come to India for what it calls an "Indian Swing" with the Panasonic Open, the re-scheduled Hero Indian Open and a possible new event in Delhi.

"India has always been a big draw for Asian Tour," said Cho.

"We are targeting a conservative restart in September because of the current predicament with restrictions on air travel and large gatherings.

"Unlike domestic markets, we understand international travel will slowly restart in phases and the ultimate lifting of quarantine periods will determine the Tour's ability to resume full-scale operations," he added.

The Shinhan Donghae Open is expected to be the first event to tee off since the global COVID-19 pandemic forced the season to be suspended in March.

The tournament has been scheduled to tee off at Bear's Best Cheongna Golf Club located in Incheon, Korea from September 10-13 with a purse of KRW1.4 billion (approximately USD 1.18 million).

Plans are in place for the season to continue onwards to Chinese Taipei and Japan for the Mercuries Taiwan Masters and Panasonic Open Golf Championship respectively.

Following that, discussions are already in place for an event in South East Asia before the Tour goes to India.

"...if things go our way, there may also be a couple of new events that get added to the schedule," Cho said of the overall schedule.

For the Asian Development Tour, the target is between six to eight tournaments in Thailand, Indonesia and Chinese Taipei while events in Malaysia are still pending.

The Asian Tour has members of over 25 different nationalities residing across the globe, so a lot will depend on the respective local government health and travel guidelines.

Taking into consideration the possibility of extended disruptions for some of its members, discussions are being held to determine the conclusion of the season and its transition into 2021.

"If this is the case, we will still start as planned with players who can travel and assess the impact and severity of the disadvantage for those who cannot," said Cho.

"Once this information is established, we will make a call with regards to the conclusion of the season and the transition into the 2021 season. But at this time, we plan to extend our season into 2021, with the early events in 2021 also forming part of the current season," he added.