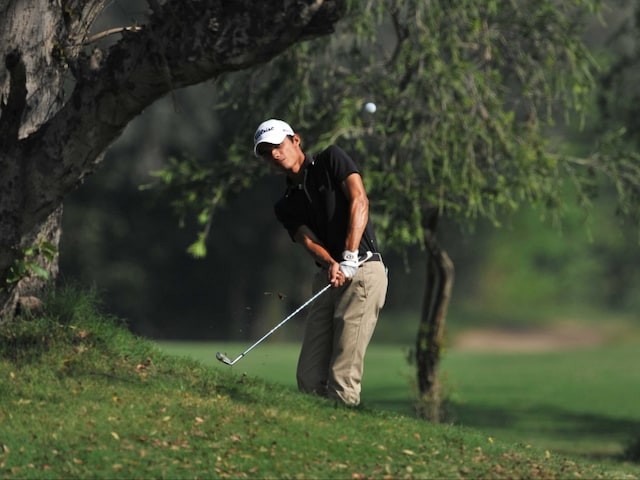 Ajeetesh, who carded four-under 67 and 72 in the first two rounds, took his three-day total to two-under 211 at the Kuala Lumpur Golf and Country Club East Course.

The Indian golfer got off to a horrible start as he double bogeyed the par-four first hole. He recovered with two birdies on the sixth and 11th holes but bogeys on the 13th, 15th and 18th derailed his round.

Meanwhile, Janne Kaske of Finland fired a seven-under 64 to win his second Asian Development Tour (ADT) title by five shots. His winning total was 14-under 199.

Kaske, the joint overnight leader with Casey O'Toole, opened with four straight birdies before adding four more birdies against one bogey to finish on a superb 64.

He earned USD 8,143 and six valuable world ranking points at the meet, which is the penultimate stop on the ADT schedule this year.

Comments
Topics mentioned in this article
Golf Ajeetesh Sandhu
Get the latest Cricket news, check out the India cricket schedule, Cricket live score . Like us on Facebook or follow us on Twitter for more sports updates. You can also download the NDTV Cricket app for Android or iOS.