Anirban Lahiri carded a total of 13-under 275 in his debut Hotel Fitness Championships golf tournament. 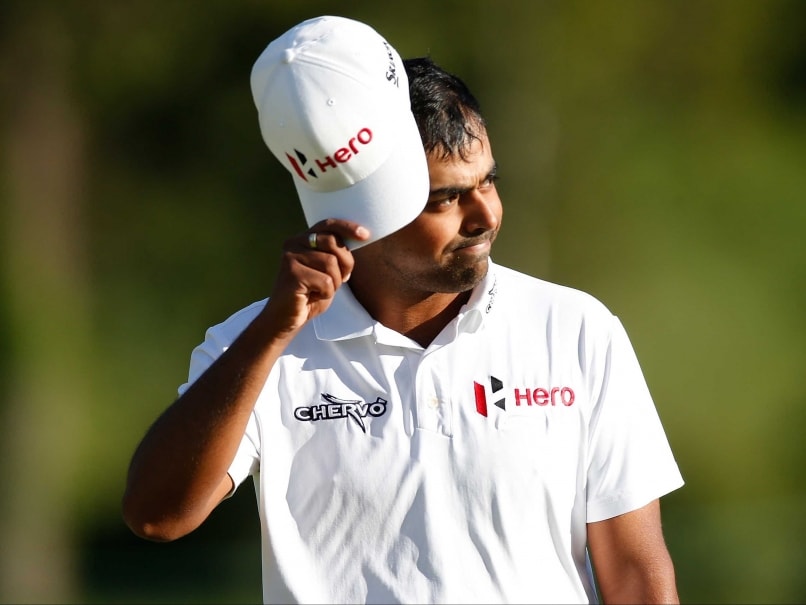 Ace Indian golfer Anirban Lahiri fought back well from an early stumble in the final round of the Hotel Fitness Championships and ended tied sixth in the first of the four-event Web.com Final series. (Click here for latest Golf stories)

Lahiri, the highest world ranked player in the field, and winner of the Malaysian Open and Indian Open this season, carded one-under 71 and at 13-under 275, he was tied for sixth.

Sweden's Henrik Norlander shot a course-record 10-under 62 to win by three strokes in a come-from-behind victory at 19-under 269 for the tournament on Sunday evening.

Korea's D.H. Lee, who started the day with a three-stroke cushion, got off to a fast start with birdies on two of the first three holes, but faded down the stretch with three bogeys to post a 1-under 71 and finish at 16-under 272 in a tie for second.

Lahiri, who admitted he may have tried too hard was still happy with his Web.com Tour debut. Lahiri will now tee up coming Thursday at the next event, Small Business Connection Championship at River Run , while resuming his quest for TOUR status at next week's.

"It was probably a case of trying too hard," said Lahiri, who played his first 12 holes Sunday in 2 over before making three late birdies.

Lahiri said, "I went out there and tried to push from the get-go, and I really didn't need to. I think it hit me like a bolt of lightning on the 12th green when I missed my putt for birdie. I was like, 'You know, what the heck? I just need to enjoy myself a little bit more.' ... I played well coming in, so I'm happy."

Willing himself to enjoy and put less pressure on himself, he found three birdies on last six holes on 13th, 15th and finally the 18th, where he had double bogeyed earlier in the week.

"The last stretch was fine and I am happy with the way I fought back and the birdie on 18th felt sweet. I am now looking forward to next week," said Lahiri, who has committed to playing the first three events on the Finals series and try and make enough money to earn the PGA Tour card for 2016.

Lahiri, who was named to the International Team for Presidents Cup last week, collected a cheque for 34,750 US Dollars.

Lahiri, who birdied each of the four par-5s in his round, managed only two on Sunday and even bogeyed par-5 second. Lahiri did not quite manage the plan to try and get a couple of early birdies. Instead he dropped a shot on par-5 second, failing to hole an up and down after missing the green in regulation.

On the next, par-4 fourth, he went into the greenside bunker and bogeyed. He continued to miss quite a few fairways and the putter did not produce the kind of magic it did in the second round.

Lahiri's first birdie came on the eighth and he turned in one-over and immediately gave away another bogey on 10th, where he went into the primary rough off the tee. At two-over for 10, he had slipped and was in danger of falling out of Top-10.

Norlander, who was 47th in the Money List in regular season, may well have sealed his card, as he shot 10-under 62 in the final round. He was six-under through front nine and added four more on the home stretch. The key was his scoring on the difficult par-3s, for which he was 3-under on Sunday. Overall he was brilliant with the putter and needed just 21 for the final round.

Norlander, starting the day in sixth place, finished a historic round two shots clear of Lee, who was unable to birdie the final two holes to force a playoff. The win ensures a return trip to the PGA TOUR, where Norlander spent a majority of the 2013 season.

Michael Thompson carded a 7-under 65, which propelled him into a tie for second with Lee and likely secured his PGA TOUR card for next season. Japan's Hiroshi Iwata (66) and Sam Saunders (69) finished in a tie for fourth at 14-under 274.

Twenty-five PGA TOUR cards were awarded two weeks ago following the WinCo Foods Portland Open. An additional 25 cards are up for grabs during the four Finals events, as well as positioning for all 50 cards.

Comments
Topics mentioned in this article
Anirban Lahiri Golf
Get the latest updates on IPL 2021, IPL Points Table , IPL Schedule 2021 , live score . Like us on Facebook or follow us on Twitter for more sports updates. You can also download the NDTV Cricket app for Android or iOS.