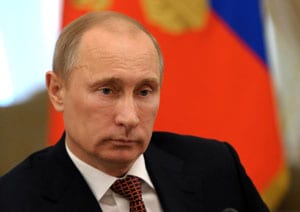 In his telegram message, Putin praised the Russian-born tennis player for her "talent, great skill and incredible commitment", the Kremlin press service reported.

"You have conquered a peak that has been mastered only by the strongest, the most legendary tennis players in the world: winning all four Grand Slam titles," Putin wrote.

Sharapova won the French Open women's title by beating Italian player Sara Errani 6-3, 6-2. It was Sharapova's fourth Grand Slam victory, following the Wimbledon Open in 2004, the US open in 2006 and the Australian open in 2008.

The world second seed said during the award ceremony it was a "tough game" for her. She thanked everyone who backed her and paved the way for her victory. She also thanked her parents and said "I love you very much" in Russian.

The Russian player told local media previously that she's happy about her small-town-girl background and proud to be a Russian.

The 25-year-old blond, born in the Siberian town of Nyagan, moved to the United States when she was a little girl.

Every time on winning a game, hearing the broadcaster announce her place of birth, she was happy to see people "surprised" and felt so proud of "coming from there and getting to the position I am in today", Sharapova said.