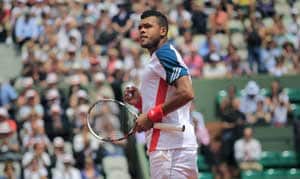 Isner is due on court later on Thursday against Frenchman Paul-Henri Mathieu, aiming to reach the third round at Roland Garros for just the second time in his career.

The Spaniard, who will turn 25 during the tournament, is seeking to win a record seventh French Open title taking him out of tie for the most wins he currently shares with Bjorn Borg.