Zinedine Zidane has made a sensational return as coach of Real Madrid. 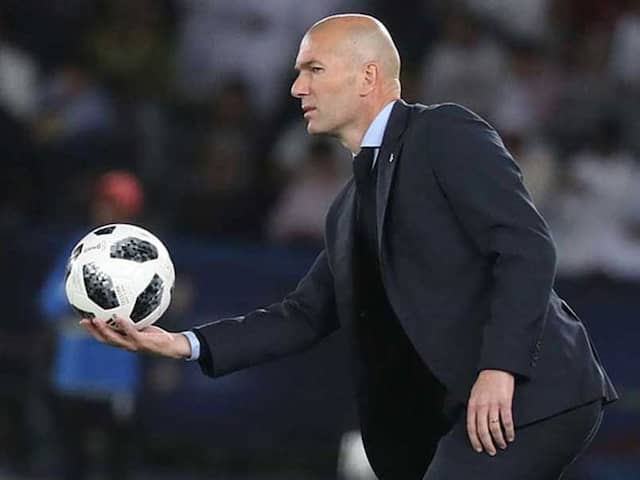 Zinedine Zidane has been given a contract until June 2022.© AFP

Zinedine Zidane has made a sensational return as coach of Real Madrid after Santiago Solari's sacking was finally confirmed on Monday. Zidane has been given a contract until June 2022, just nine months after he resigned at the end of last season, having led Madrid to an historic third consecutive Champions League triumph. Solari's dismissal was expected after three consecutive home defeats - to Barcelona, twice, and Ajax - deemed Madrid's season all-but over before the middle of March.

But Zidane coming back, with only 11 games left in La Liga and almost nothing to play for, is a surprise, particularly after he left on the incredible high of yet another European triumph.

"Real Madrid's board has decided to terminate Santiago Solari's contract as coach of the first team," read an official statement on Monday.

"Real Madrid appreciates the work done by Santiago Solari and the commitment and loyalty he has always shown to this club.

"The board has also agreed to the appointment of Zinedine Zidane as the new coach of Real Madrid with immediate effect for the remainder of the season and the next three, until June 30, 2022."

Real Madrid Zinedine Zidane Football
Get the latest Cricket news, check out the India cricket schedule, Cricket live score . Like us on Facebook or follow us on Twitter for more sports updates. You can also download the NDTV Cricket app for Android or iOS.