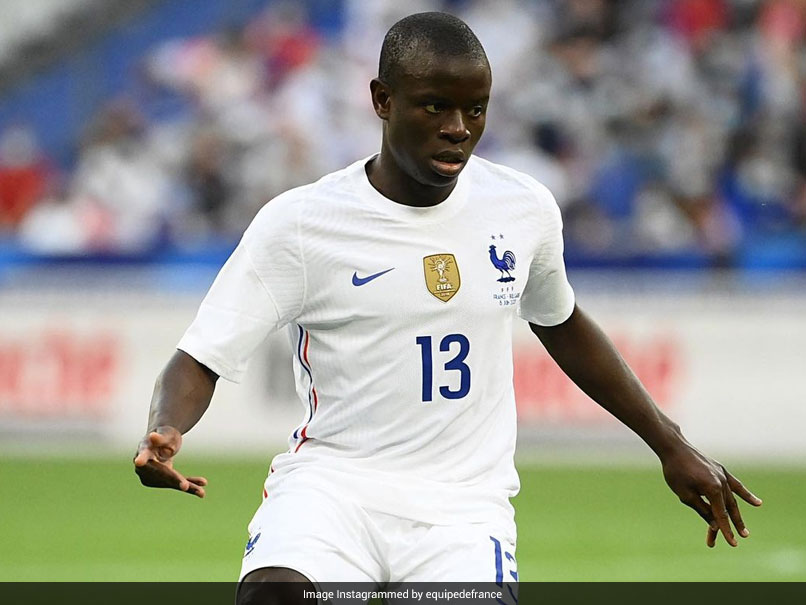 According to French Football Federation, N'Golo Kante has not "fully recovered" from a left ankle injury.© Instagram

France replaced injured midfielders N'Golo Kante and Corentin Tolisso with Matteo Guendouzi and Adrien Rabiot on Wednesday for this month's three World Cup qualifiers. The French Football Federation said Chelsea's Kante has not "fully recovered" from a left ankle injury while Bayern Munich's Tolisso was "a suffering a muscular injury in the left calf". Les Bleus are top of Group C after three rounds. They kick off a week of matches at home to Bosnia and Herzegovina on Wednesday in Strasbourg before visiting Kiev to play second-placed Ukraine on Saturday before hosting Finland in Lyon on September 7.

Guendouzi and Rabiot will miss Wednesday's game and join the squad in Strasbourg early on Thursday.

Rabiot, who has 19 caps, was not initially called up by Didier Deschamps because he was not in the Juventus squad for their Serie A season opener but after the France squad was announced he started against Empoli on Saturday.

Deschamps called up Guendouzi twice in 2019 but he did not make the team.

The 22-year-old has made a strong start to the season at Marseille where he is on loan from Arsenal and scored against Saint-Etienne on Saturday.

Juventus Corentin Tolisso Adrien Rabiot Football
Get the latest updates on IPL Auction 2023 and check out  IPL 2023 and Live Cricket Score. Like us on Facebook or follow us on Twitter for more sports updates. You can also download the NDTV Cricket app for Android or iOS.