Germany captain Manuel Neuer and forward Thomas Mueller are both injured and ruled out of Thursday's World Cup qualifier against minnows Liechtenstein. 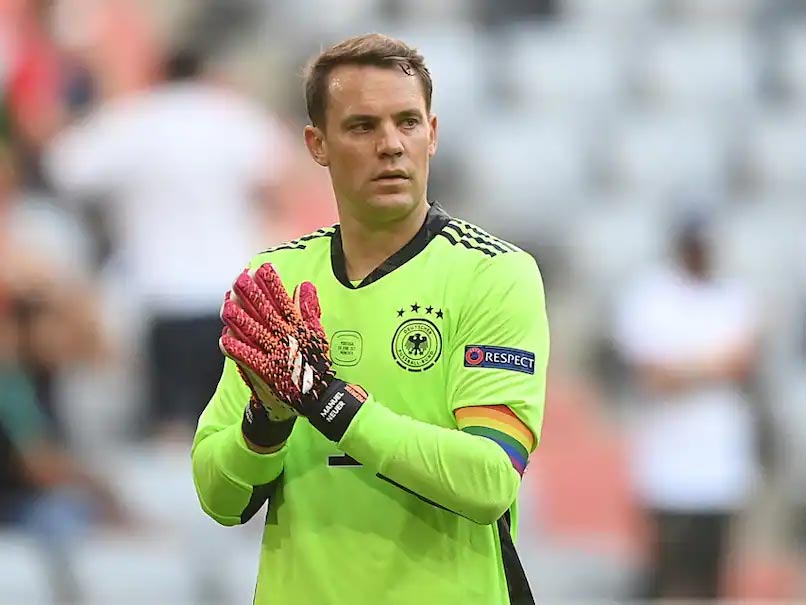 Manuel Neuer is unavailable for Germany's World Cup qualifier vs Liechtenstein due to an ankle knock.© AFP

Germany captain Manuel Neuer and forward Thomas Mueller are both injured and ruled out of Thursday's World Cup qualifier against minnows Liechtenstein. Arsenal goalkeeper Bernd Leno will deputise for Neuer, who sat out training all week with an ankle knock. Coach Hansi Flick is hopeful he will be fit for for their next qualifier against Armenia in Stuttgart. "We assume that 'Manu' will be back for Sunday," Flick said on Wednesday. Neuer's Bayern Munich team-mate Mueller is suffering an adductor injury and misses all three Group J games against Liechtenstein, Armenia and Iceland next Wednesday. "Thomas has gone home, the injury made it not possible for him to play in the games," added Flick.

"The risk was too great, so it made sense to send him home."

"We have enough players to replace him."

Without Neuer, 35, and Mueller, 31, Germany lose a decade of experience as the pair have over 200 international appearances between them.

Germany have ground to make up in their qualifying group as they sit third, two points behind leaders Armenia.

In Neuer's absence, Flick has still to decide who wears the captain's armband against Liechtenstein.

"I asked myself under the shower who will be captain," said Flick.

"I'll have a think about it, we have a few options and will clarify it internally."

This will be his first international as Germany head coach.

After defeat to England in the last 16 of Euro 2020, Joachim Loew stepped down after 15 years in charge and has been replaced by his assistant coach when Germany won the 2014 World Cup.

"I'm looking forward to my first international game and the responsibility for the nation," added Flick, who wants the same "intensity" from his team as he has seen in training.

Thomas Muller Football
Get the latest updates on ICC T20 Worldcup 2022, check out the Schedule and Live Score. Like us on Facebook or follow us on Twitter for more sports updates. You can also download the NDTV Cricket app for Android or iOS.