The UEFA Champions League match between Barcelona and Real Madrid at iconic Camp Nou has set a new record for the highest attendance in women's football. 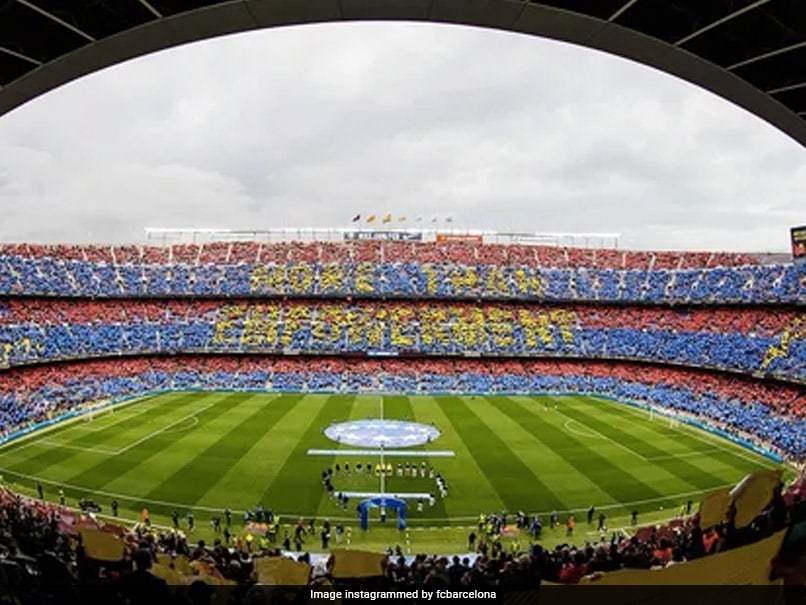 The UEFA Champions League match between Barcelona and Real Madrid at iconic Camp Nou has set a new record for the highest attendance in women'sfootball. UEFA Women's Champions League holders Barcelona delighted the record crowd of 91,553 at Camp Nou as they came from behind to beat Real Madrid 5-2 and win their quarter-final tie 8-3 on aggregate. Barcelona, who also recovered from one down in the first leg, now face Arsenal or Wolfsburg for a place in the Turin showpiece. Madrid ends with the consolation that they became the first debutants to reach the quarter-finals since 2016/17.

Camp Nou's capacity, the biggest in Europe, allowed hopes of a record attendance for a women's game to be raised. The bar was high with the previous best set at 90,185 for the 1999 World Cup final between the USA and China in the Pasadena Rose Bowl stadium in California.

The great response to the game at Camp Nou from the fans sees a whole host of further records set - beating the previous record for a club game of 60,739, set at the Wanda Metropolitano in 2019 in a game between Barca Women and Atletico Madrid in the league. Furthermore, the crowd sets a new record in the Women's Champions League previously set at 50,212 in a game between Lyon and FFC Frankfurt in Munich in 2012.

The historic crowd in El Clasico were treated to some spectacular strikes from both teams, with the hosts taking an early lead through Mapi Leon's cross-shot. Olga Carmona calmly levelled from the spot after Irene Paredes had been penalized for handball.

The visitors were the brighter side after the restart, and took a shock lead when Claudia Zornoza's spectacular lob from distance sailed over Sandra Panos. However, the holders hit back almost straight away via Aitana Bonmati's crisp finish.

Claudia Pina's clever chip restored Barcelona's advantage shortly after, before Alexia Putellas and Caroline Graham Hansen made it four goals for Barca in the space of 19 minutes.