Wolves manager Nuno Espirito Santo will leave the club after spending four years at the Molineux. 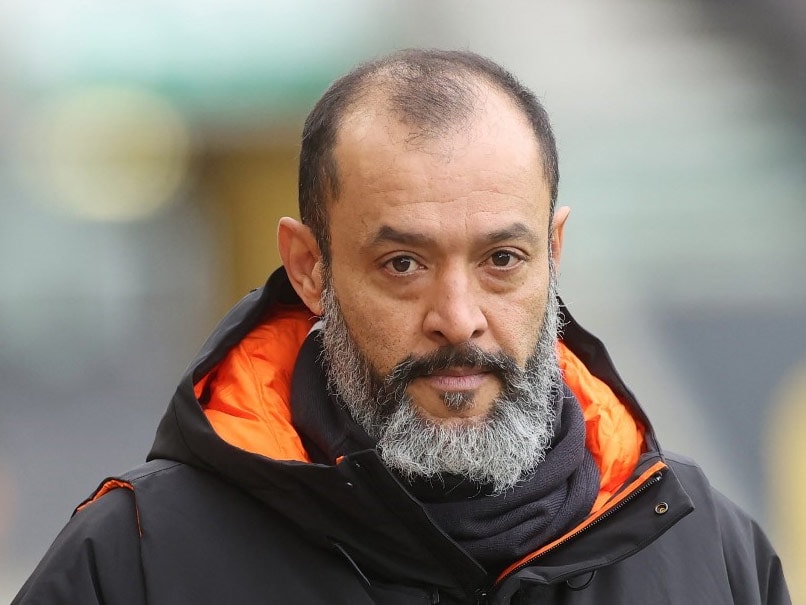 Nuno Espirito Santo has been linked with the Tottenham Hotspur job.© AFP

Wolves boss Nuno Espirito Santo will leave the Premier League club after Sunday's final game of the season, with Tottenham reportedly in the hunt to hire the Portuguese coach. Nuno Santo led Wolves to promotion from the Championship and established them in the top-flight during his four seasons at Molineux. With Tottenham still looking for a new manager after Jose Mourinho's sacking in April, Nuno was immediately installed as the bookmakers' favourites to take charge of the north London side.

Brighton's Graham Potter and Southampton's Ralph Hasenhuttl have also been linked with the Tottenham job, which has been filled by Ryan Mason on a caretaker basis since Mourinho's exit.

This season has proved more difficult and Wolves can do no better than a 12th-placed finish depending on Sunday's result in his farewell match against United at Molineux.

There had been reports for several weeks that Wolves were considering parting ways with the 47-year-old, who only signed a new deal with the club 12 months ago.

Both Nuno and the club insisted the decision to leave had been made by mutual consent.

"We achieved our goals, we did it with passion and we did it together. Firstly, I want to thank the supporters, who have all played such an important part in helping us reach new heights for Wolves, and the people of the city, who embraced us and made us feel at home," Nuno said.

"I, of course, want to thank all of the staff at Wolves, for their support and total commitment, every single day.

"Most importantly, I want to thank each and every player that we've worked with since the day we started, for their loyalty, their dedication, hard work and talent. They are the ones who have made this amazing journey possible for us.

"Sunday will be a very emotional day, but I am so happy that the fans will be back in Molineux and we can share one last special moment together, as one pack."

Nuno spent more than 60 million pounds on signing Nelson Semedo and Fabio Silva before the start of this season, but an injury to prolific Mexico striker Raul Jimenez derailed Wolves' campaign.

Jimenez has not played since fracturing his skull at Arsenal in October.

Ex-Porto and Fenerbahce boss Vitor Pereira and Mourinho's former assistant Rui Faria have been mooted as potential replacement for Nuno.

"Nuno has brought us some incredibly special moments at Wolves that will never be forgotten, but every chapter comes to an end," Wolves chairman Jeff Shi said.

"His loyalty and dedication over the last four years has been immeasurable, and we cannot thank him enough for the progress he has made for Wolves."

Tottenham Hotspur Football
Get the latest updates on SA vs IND 2021-22, check out the Schedule and Live Score . Like us on Facebook or follow us on Twitter for more sports updates. You can also download the NDTV Cricket app for Android or iOS.