When I Meet Lionel Messi, I'll Give Him A Nice Handshake, Says Sunil Chhetri

Indian football team captain Sunil Chhetri revealed that he is a big fan of Lionel Messi and wants to give him a nice handshake if he met the six-times Ballon D'or winner. 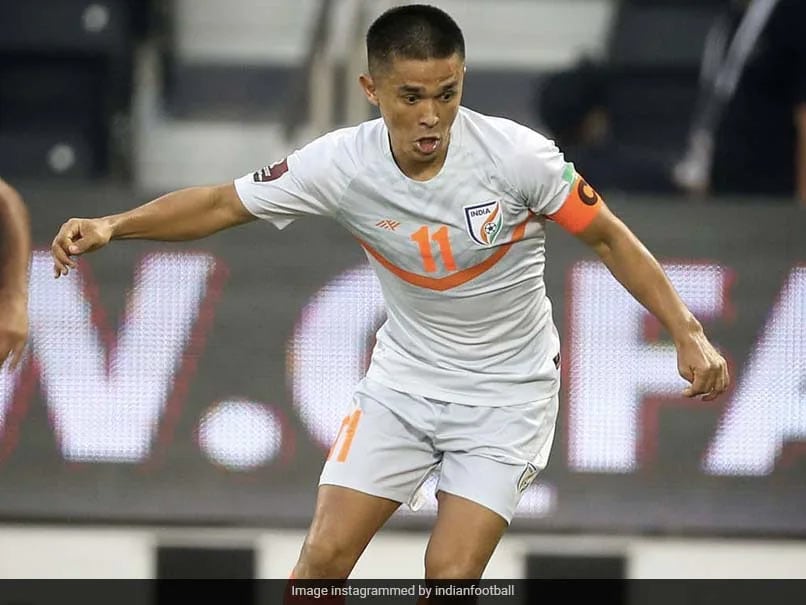 Indian Football team captain Sunil Chettri is a big fan of Lionel Messi and if he ever has a chance to meet the Argentinian he will just give him a nice handshake, and that's about it. While talking about Chhetri's exploits for the country, most people compare the striker's haul with Lionel Messi as he is currently two goals clear of the six-times Ballon D'or winner. Chettri who has from time to time dismissed these comparisons reiterated that there is no contrast between him and FC Barcelona's forward.

"There's a lot of talk, even in my family WhatsApp group, and I tell everyone the same thing. The truth is that there's absolutely no comparison between me and him," Chettri said in an official release by AIFF.

"Along with everyone else in the world, I am also a huge fan. There is no comparison whatsoever," he added.

Sunil further pointed that once he is done playing only then he will talk about the numbers.

"These things are nice, and they motivate me, but I don't think about them too often. Only once I'm done, and I've got a belly full of food, then we can talk about them," Chhetri added.

The 36-year-old is currently in Doha and preparing for the match against Afghanistan in the Qualifiers on June 15.

The Indian side is already out of contention to qualify for FIFA World Cup 2022, but the Blue Tigers can still qualify for AFC Asian Cup.

On the question of how he will greet Lionel Messi if he ever meets him, Chettri humbly replied, "I'd say, 'Hi, I'm Sunil Chhetri, and I'm a big fan'. And that's about it. I will not trouble him. I'm a fan, but all the people I'm a fan of, I don't trouble them much."

"If I meet him, I'll be happy, if I don't, I'm still good. When I'm sad, I watch Messi's videos, and it makes me happy, so when I meet him, I'll tell him I'm a fan, give him a nice handshake, and that's about it," he concluded.