Andriy Yarmolenko signed a four-year contract with the Hammers on Wednesday. 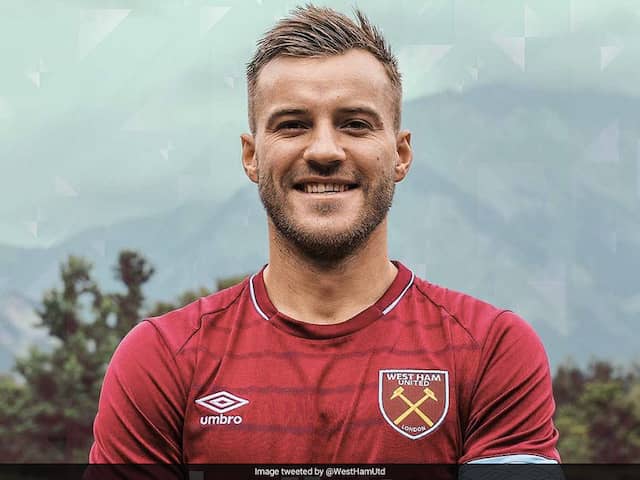 Ukraine international Andriy Yarmolenko will flourish at his new club West Ham because manager Manuel Pellegrini is the perfect coach to get the best out of him, according to director of football Mario Husillos. The 28-year-old forward -- scorer of 35 goals in his 77 appearances for his country -- signed a four-year contract with the Hammers on Wednesday for an undisclosed fee from Bundesliga side Borussia Dortmund. Yarmolenko's move brings to an end an unhappy year-long stay in Germany where he played for them just 18 times, scoring three goals. "When we had the opportunity to sign him, we did not hesitate, because he really is the kind of player we were looking for," Husillos told the club website.

"I think Manuel Pellegrini is the perfect coach for Andriy and his style of play.

"I believe he is joining us in the perfect moment.

"He is 28, the prime age for football, and we have great expectation about what he can achieve with West Ham United."

Yarmolenko, who spent the majority of his career at Ukrainian side Dynamo Kiev, said he is looking forward to the challenge of playing in the Premier League.

"The Premier League is the best league in the world and I know that an interesting project is being built here at West Ham," said Yarmolenko.

"The team wants to achieve high things and I am excited for this challenge."

The four-time Ukrainian footballer of the year is Pellegrini's fifth signing since he replaced David Moyes, who stepped down after saving them from relegation.

England midfielder Jack Wilshere, like highly-rated defender Ryan Fredericks, joined on free transfers whilst the others to arrive are experienced Polish goalkeeper Lukasz Fabianski and France Under-21 defender Issa Diop, for whom they paid a record fee reported to be 22 million British pounds (29.2million US dollars, 24.8 million euros ) to French Ligue 1 side Toulouse.

West Ham United Andriy Yarmolenko English Premier League Football
Get the latest Cricket news, check out the India cricket schedule, Cricket live score . Like us on Facebook or follow us on Twitter for more sports updates. You can also download the NDTV Cricket app for Android or iOS.