Wayne Rooney's Derby County are facing relegation from the second-tier Championship after being deducted a further nine points for breaching the English Football League accounting rules. 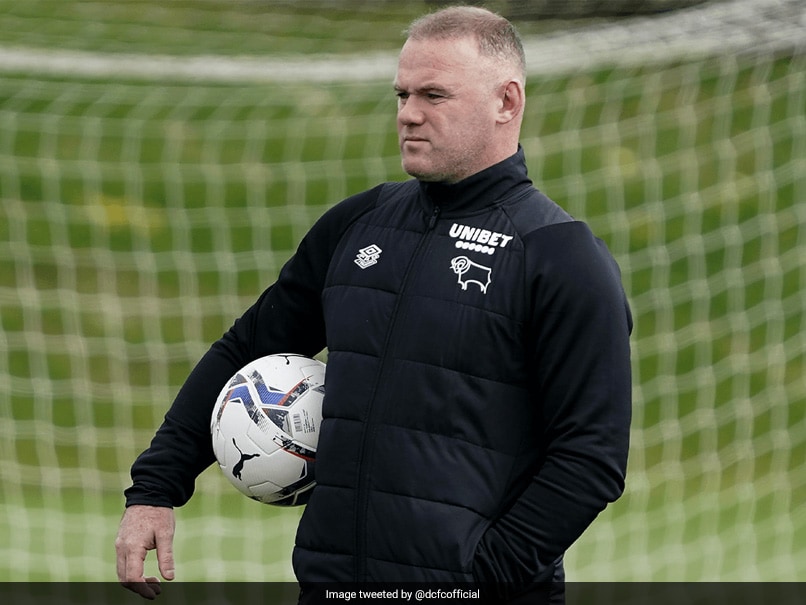 Wayne Rooney's Derby County are facing relegation from the second-tier Championship after being deducted a further nine points for breaching the English Football League (EFL) accounting rules. It takes the total points docked this season to 21, after the club were previously deducted 12 points for entering administration. A further three-point deduction, which is suspended, will take effect if the club does not comply with the terms of a budget agreement for the rest of the 2021/22 season. Derby are marooned at the bottom of the Championship table on minus three points, 18 points from safety, with relegation to League One -- the third tier of English football -- looking inevitable.

English Football League chief executive Trevor Birch said: "The EFL's objective throughout this ongoing process has been to ensure that the principles of the regulations were upheld on behalf of all clubs."

He added: "Given the complex circumstances of the case and the various outstanding regulatory issues between the EFL and Derby County, the league is satisfied at the agreed outcome and the sensible approach taken by both parties in negotiating this outcome."

Carl Jackson, a joint administrator for the club, said: "This has been a difficult matter to navigate, bearing in mind the various issues concerned.

"Whilst point deductions are never ideal for any club, it was critical to the club's future that all matters were concluded between the EFL and the club in relation to historical issues."

Comments
Topics mentioned in this article
Derby County Wayne Rooney Football
Get the latest updates on SA vs IND 2021-22, check out the Schedule and Live Score . Like us on Facebook or follow us on Twitter for more sports updates. You can also download the NDTV Cricket app for Android or iOS.