Liverpool defender Virgil van Dijk has said that the club should not ''panic'' after suffering a defeat in the Community Shield clash against Arsenal, stressing that penalty shootouts are just like a ''lottery''. 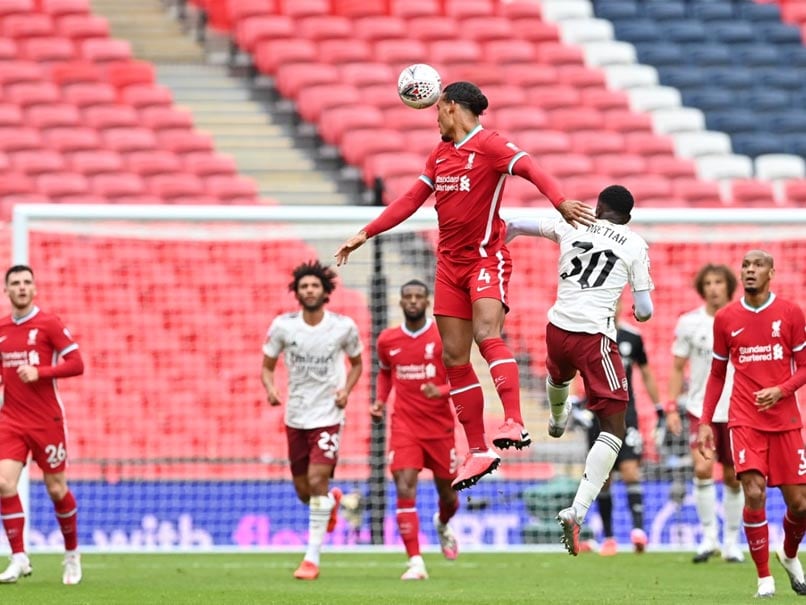 Liverpool lost 4-5 on penalties to Arsenal despite bossing the game.© AFP

Liverpool defender Virgil van Dijk has said that the club should not ''panic'' after suffering a defeat in the Community Shield clash against Arsenal, stressing that penalty shootouts are just like a ''lottery''. Arsenal defeated Liverpool 5-4 on penalties to win the Community Shield at the Wembley Stadium on Saturday. The normal 90 minutes action had ended in a 1-1 draw, and as a result, the match went into a penalty shootout.

"During the whole game, we played well, dominated, pressed them well, and created many chances. Obviously in the end penalties is just a lottery and anything can happen," the club''s official website quoted Van Dijk as saying.

"We are disappointed but we have to move on. Last year we lost on penalties as well and we won the league so we shouldn't panic, but obviously we wanted to win today," he added.

Pierre-Emerick Aubameyang had struck the opening goal in the 12th minuteof the match. Liverpool pressed hard in the second half, and finally, their efforts paid off in the 73rd minute as Takumi Minamino got the equaliser for the side, bringing the scoreline to 1-1.

Liverpool had won the 2019-20 Premier League title while Arsenal had won the FA Cup after defeating Chelsea in the final.

Arsenal Virgil Van Dijk Football
Get the latest updates on India vs South Africa and check out  Schedule, Results and Live Score. Like us on Facebook or follow us on Twitter for more sports updates. You can also download the NDTV Cricket app for Android or iOS.