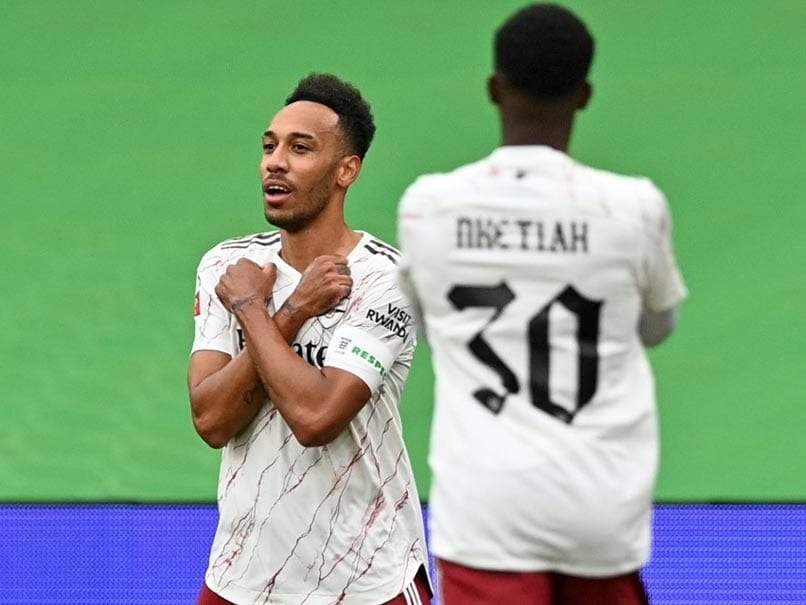 Arsenal beat Liverpool 5-4 on penalties, following a 1-1 draw in normal time, to win the Community Shield on Saturday night. Gabonese striker Pierre-Emerick Aubameyang was the star of the show for the North London club, scoring a stunning goal in the first-half, and then stepping up to the plate to calmly dispatch the decisive spot-kick. In the 12th minute of the game, Aubameyang cut in from the left and unleashed a superb curling shot from the edge of the penalty area that nestled in the far corner of the goal. The Arsenal star then crossed his arms in tribute to 'Black Panther' actor Chadwick Boseman, who died aged 43 on Friday.

The official Twitter handle of the FA Cup shared videos of Aubameyang's sublime strike and his 'Wakanda Forever' celebration.

Aubameyang seems to enjoy playing at the Wembley, his 12th minute strike against Liverpool meant that he became Arsenal's joint highest-scorer at the Wembley stadium with Alexis Sanchez -- both having scored five goals each.

However, Arsenal didn't have it all their way in the match with Japan's Takumi Minamino scoring an equaliser for Liverpool -- his first goal for the club -- in the 77th minute.

But with no more goals being scored in normal time, the match went to a penalty shoot-out.

Liverpool's budding star Rhian Brewster was the only one who failed to score, with his penalty hitting the bar. Aubameyang slotted the finally penalty to hand the title to Arsenal, who will now go into the new Premier League season full of confidence.

Liverpool Pierre-Emerick Aubameyang Football
Get the latest updates on Fifa Worldcup 2022 and check out  Fifa World Cup Schedule, Stats and Live Cricket Score. Like us on Facebook or follow us on Twitter for more sports updates. You can also download the NDTV Cricket app for Android or iOS.