Usain Bolt has been on trial with the A-League side since arriving in August to fulfil his dream of becoming a professional footballer. 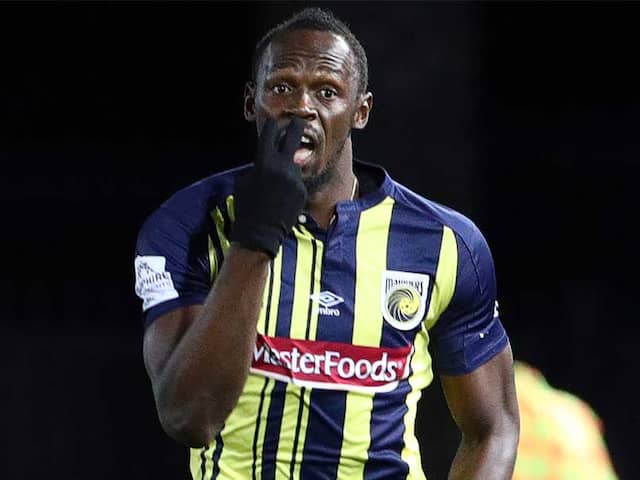 Australia's Central Coast Mariners have offered sprint superstar Usain Bolt a contract, reports said Monday, but the club's coach said he knows nothing about it. The eight-time Olympic champion has been on trial with the A-League side since arriving in August to fulfil his dream of becoming a professional footballer. He scored two goals in a pre-season friendly last week and on Thursday turned down a two-year, trial-free deal from cashed-up Maltese champions Valletta. "I can confirm Usain has been offered a contract by Central Coast Mariners," the Jamaican's agent Ricky Simms told the BBC. The club had no immediate comment on Monday, but Sydney's Daily Telegraph said he had been offered only a fraction of the 3 million Australian dollars (2.1 million US dollars) that his management had discussed months ago when the prospect of a trial was first mooted.

The newspaper said the potential deal put together in May -- on the premise of Bolt passing a trial first -- was based on Football Federation Australia contributing 750,000 Australian dollars and other sponsors also topping it up. Mariners owner Mike Charlesworth had initially pledged 1.5 million Australian dollars, but the deal now offered to the sprinter was much less than this, it added. The 100m world-record holder, who retired from athletics last year, has previously tried out with clubs in Germany, South Africa and Norway.

The 32-year-old's form so far has been criticised by several pundits, but his two goals captured the imagination of the sporting public.

Club coach Mike Mulvey said he had heard nothing of an offer, and cast doubt on whether Bolt, who likes to play up front, would make the grade given the quality of players he already has at his disposal.

"You have a look at our front line today and you wonder whether he could get into any of those positions. Wouldn't you?" Mulvey said after the team drew their opening A-League game of the season 1-1 away to Brisbane Roar on Sunday.

"I do appreciate how important this story is for the rest of the world. You're just talking about speculation. I don't know anything about what you're talking about and that's God's honest truth."

The Mariners boast Aston Villa striker Ross McCormack on their payroll, after the Scottish international agreed a season-long loan deal.

They also have Tommy Oar, who has played 28 times for the Socceroos, along with Connor Pain, who cleverly scored their goal on Sunday.

Comments
Topics mentioned in this article
Usain Bolt Athletics Football
Get the latest Cricket news, check out the India cricket schedule, Cricket live score . Like us on Facebook or follow us on Twitter for more sports updates. You can also download the NDTV Cricket app for Android or iOS.