Cristiano Ronaldo had made the contentious gesture in Juventus's 3-0 win over Atletico Madrid in the Champions League last Tuesday.

UEFA on Monday opened an investigation into Cristiano Ronaldo's goal celebration after scoring a hat-trick in Juventus' Champions League comeback win against Atletico Madrid last week. European football's governing body said Ronaldo was facing charges of "improper conduct" after he mimicked Diego Simeone's crotch-grabbing gesture in last Tuesday's 3-0 win that sent Juventus through 3-2 on aggregate. After scoring the decisive penalty four minutes from time, Ronaldo turned towards the Atletico fans and replicated Simeone's gesture after the Spaniards' 2-0 first leg win by grasping his genitals and thrusting out his groin.

A decision will be taken by UEFA on March 21. 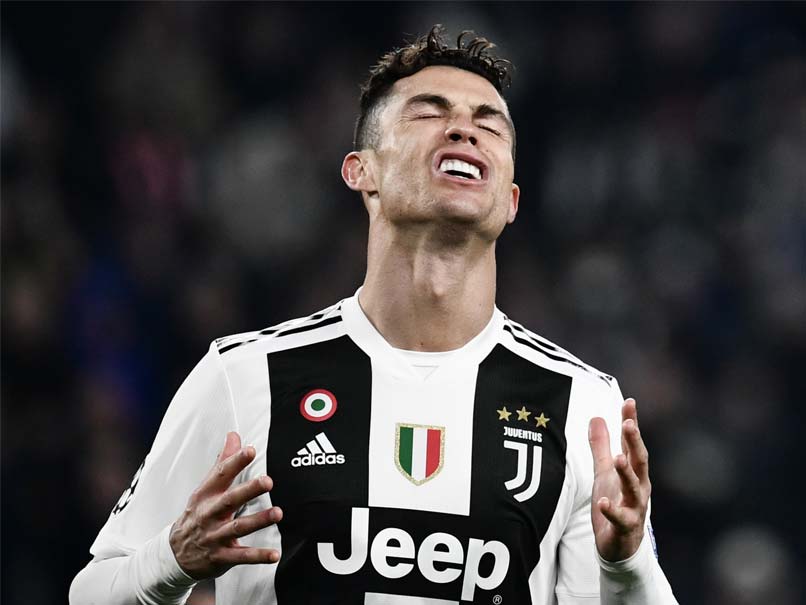 Juventus take on Dutch club Ajax in the Champions League quarter-finals over two legs, on April 10 in Amsterdam and April 16 in Turin.

Coach Massimiliano Allegri has said he is confident Ronaldo will not be fined or suspended.

"I think everyone celebrated their own way on the field and in the stands. I saw nothing strange, just a celebration. There won't be a ban," said Allegri.

Simeone was fined 20,000 euros ($22,000) by UEFA for his gesture at the end of Atletico's win in the first leg of the tie. "He will have seen how I did it at the Wanda Metropolitano and, like me, was trying to show his character," said the Argentinian coach.

Five-time Champions League winner Ronaldo is the record goal scorer in the European competition with 124 goals in 160 matches. Fans of Juventus and Ronaldo will be hoping the Portuguese superstar gets to play a role when Juventus clash with Ajax over two legs in April.

Cristiano Ronaldo Football
Get the latest Indian Premier League 2020 news, check out the IPL 2020 schedule, Cricket live score . Like us on Facebook or follow us on Twitter for more IPL 2020 updates. You can also download the NDTV Cricket app for Android or iOS.
Highlights
Related Articles

Coronavirus: Cristiano Ronaldo In Quarantine In Portugal But "Symptom-Free"
Advertisement