With England leading 2-0 in the Nations League dead rubber, Phil Foden produced a cool finish in the 80th minute and then netted again with a long-range strike five minutes later. 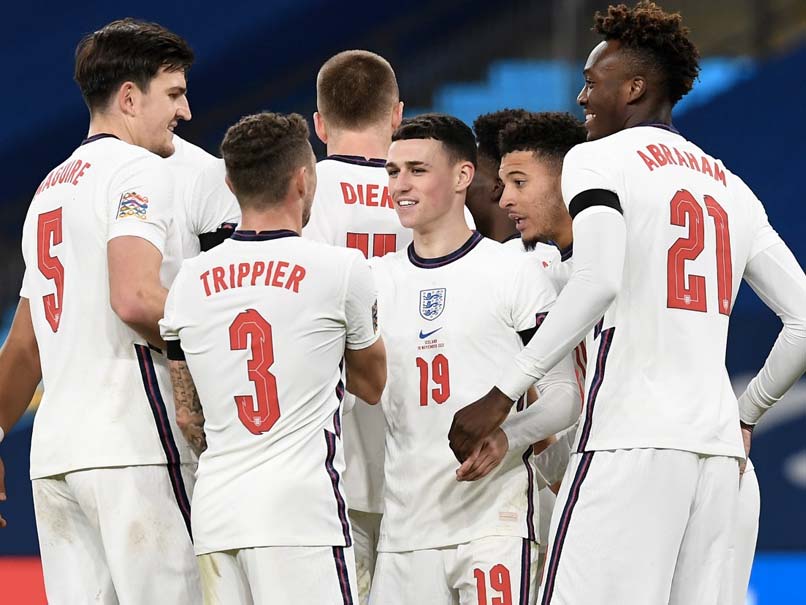 Phil Fodenthanked Gareth Southgate for keeping faith in him after the England midfielder made amends for "one of the hardest moments of his life" by scoring his first international goals in Wednesday's 4-0 win against Iceland. Foden was sent home by Southgate in disgrace along with Manchester United's Mason Greenwood after the pair breached coronavirus protocols by inviting local women into the team hotel during England's trip to Iceland in September. The 20-year-old was making his first England start since then and he seized his chance to get back in Southgate's good books.

With England leading 2-0 in the Nations League dead rubber, the Manchester City playmaker produced a cool finish in the 80th minute and then netted again with a long-range strike five minutes later.

"It was one of the hardest moments of my life. That's the time you need the trust of your managers and Gareth had a lot of respect for me, to trust me to play tonight," Foden said.

"I am just happy to repay him with the goals and play well. I was just determined to get back and do the best I can. I was a bit nervous at the start but I got used to it."

England midfielder Declan Rice also scored his first international goal in the Wembley rout and it was made all the sweeter coming alongside a goal for boyhood friend Mason Mount.

West Ham's Rice and Chelsea's Mount fulfilled a life-long dream as they played together in England's midfield.

"Before the game when we knew we were playing in midfield together, that was a special moment, and then to score in the same game was incredible.

"I know my family and his family will be bursting with pride at home."

Mount added: "Our families would have been here together definitely. They were here when I made my debut.

"We are making special memories together. It's great. For me to be on the pitch for his first goal means a lot."

Iceland Football
Get the latest updates on ICC T20 Worldcup 2022, check out the Schedule and Live Score. Like us on Facebook or follow us on Twitter for more sports updates. You can also download the NDTV Cricket app for Android or iOS.