Olivier Giroud continued his remarkable scoring record for France with a brace as the World Cup holders came from behind to beat Sweden 4-2 in the UEFA Nations League on Tuesday. 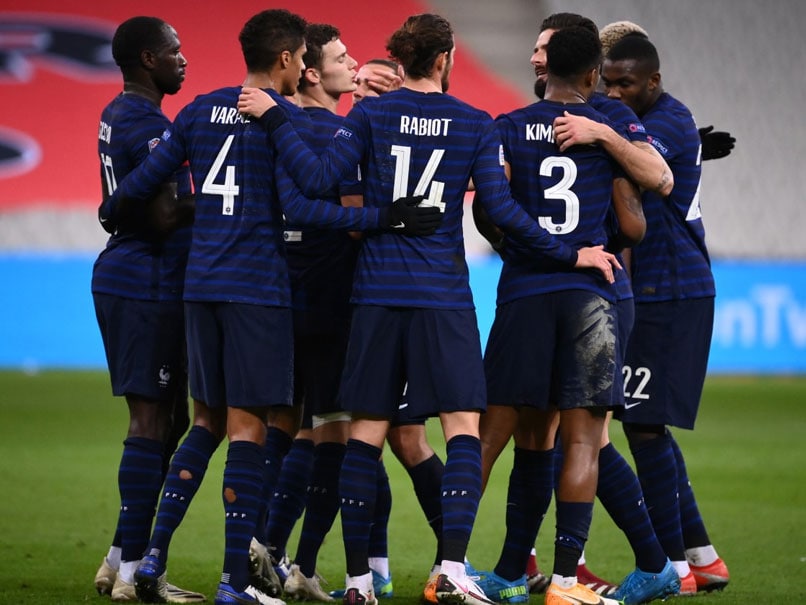 Olivier Giroudcontinued his remarkable scoring record for France with a brace as the World Cup holders came from behind to beat Sweden 4-2 in the UEFA Nations League on Tuesday. Viktor Claesson's deflected early strike gave the away side the lead behind closed doors at the Stade de France, but Giroud soon equalised and Benjamin Pavard put France ahead before half-time. Giroud then headed in a Kylian Mbappe cross to make it 3-1 before the hour mark, taking him to 44 goals in 105 appearances for his country. Kingsley Coman scored France's final goal after Robin Quaison netted Sweden's second of the night.

Having recently overtaken Michel Platini's tally of 41 goals for Les Bleus, Giroud is now closing in on Thierry Henry's overall record mark of 51.

The 34-year-old has not always been a popular member of the France side but remains a key player for coach Didier Deschamps despite being on the periphery with his club Chelsea, for whom he has started just one game this season, in the League Cup.

"I am used to being heckled and jeered. That has just been part of my experience, of my career, but it only makes me stronger," Giroud told television station M6.

France had already secured top spot in League A, Group 3 ahead of holders Portugal, thereby qualifying for the Nations League finals in October next year.

Sweden, meanwhile, finish bottom of the group behind Croatia and will be relegated to the second-tier League B for the next edition.

They came to Paris without coach Janne Andersson, who was self-isolating after testing positive for coronavirus, but they took the lead in the fourth minute when Claesson's poked shot went in via a big deflection off Raphael Varane.

However, Marcus Thuram, the Borussia Moenchengladbach forward who made his full France debut last week against Finland, set up Giroud to sweep in the equaliser in the 16th minute.

Thuram was again involved as France took the lead in the 36th minute as it was after his slaloming run into the area that the ball broke to Pavard to score his second international goal with a volley into the far corner.

Unused in France's previous two outings after being called up despite suffering a hamstring injury playing for Paris Saint-Germain, Mbappe replaced Thuram just before the hour and within a minute he crossed for Giroud to make it 3-1.

Substitute Quaison gave Sweden hope when he pulled it back to 3-2 in the 88th minute, and the visitors knew that, with Croatia losing to Portugal, an equaliser could keep them in League A.

Goalkeeper Robin Olsen therefore came forward to join the attack for a free-kick deep in stoppage time, but France cleared their lines and broke forward, allowing substitute Coman to score into an empty net.

Olivier Giroud Football
Get the latest updates on Fifa Worldcup 2022 and check out  Fifa World Cup Schedule, Stats and Live Cricket Score. Like us on Facebook or follow us on Twitter for more sports updates. You can also download the NDTV Cricket app for Android or iOS.