Nasri, 30, had appealed to UEFA for a therapeutic use exemption (TUE) following a multi-vitamin intravenous booster he received at a Los Angeles clinic in 2016. 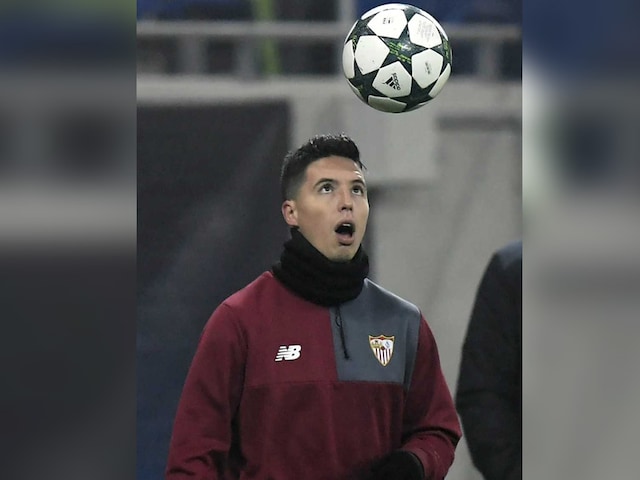 France international and former Manchester City midfielder Samir Nasri was handed a six-month doping ban "for using a prohibited method" by European football governing body UEFA. UEFA confirmed the six-month ban in a statement on Tuesday, which read: "The UEFA Control, Ethics and Disciplinary Body (CEDB) has rendered its decision following disciplinary proceedings opened on 6 March 2017 against the player Samir Nasri for violation of the UEFA Anti-Doping Regulations.

Nasri, 30, had appealed to UEFA for a therapeutic use exemption (TUE) following a multi-vitamin intravenous booster he received at a Los Angeles clinic in 2016. That was rejected last March, as was an appeal in December to the Court of Arbitration for Sport. However, he still has the right to appeal against his ban, UEFA said. The method is on the World Anti-doping Agency's prohibited list and carries a maximum ban of four years.

Nasri is currently without a club having left Turkish side Antalyaspor by mutual consent last month.

The doping affair started when a Los Angeles clinic called Drip Doctors tweeted the fact they had treated Nasri with an intravenous vitamin booster whilst the player was on holiday there.

Nasri was at that time on loan from City at Sevilla, who expressed surprise when the story broke in the media -- Spanish anti-doping authorities quickly took up the matter and opened an inquiry at the end of 2016.

After shining as a youngster at his hometown club Marseille, Nasri was recruited by Arsene Wenger at Arsenal and switched three seasons later to City for a then sizeable £25 million (28m euros, $35m) transfer.

He won two Premier League titles at City but was loaned out to Sevilla and then sold to Antalyaspor at the end of last season.

Comments
Topics mentioned in this article
Samir Nasri Manchester City Football
Get the latest Cricket news, check out the India cricket schedule, Cricket live score . Like us on Facebook or follow us on Twitter for more sports updates. You can also download the NDTV Cricket app for Android or iOS.