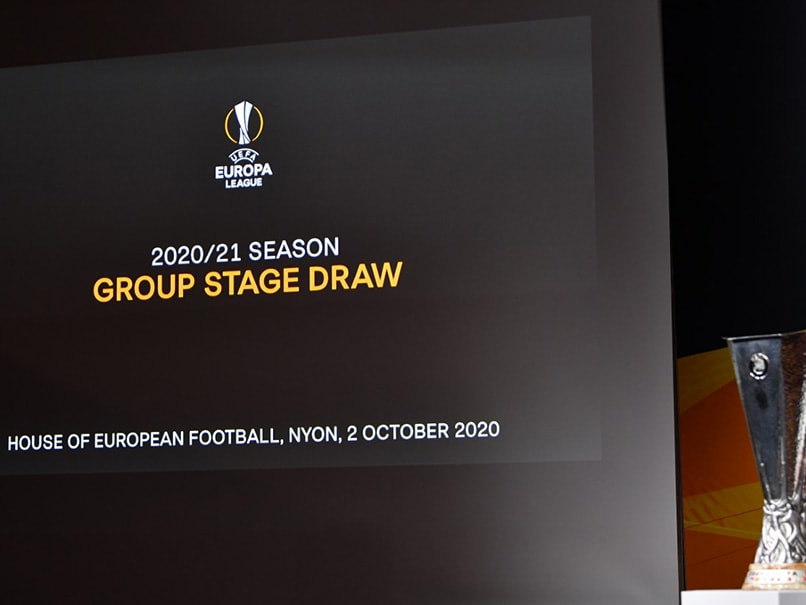 Celtic will come up against Zlatan Ibrahimovic and AC Milan in a tough Europa League group while Rangers will face another former European Cup winner in Benfica and Friday's draw also placed Arsenal in the same section as the Irish champions Dundalk. Celtic were in the first pot of seeds for the draw after scraping past Bosnian side Sarajevo away in the play-offs on Thursday, but they could scarcely have asked for a tougher draw than that handed to them in Group H.

As well as Milan, Neil Lennon's side will take on Czech Cup winners Sparta Prague and French club Lille, who qualified automatically for the group stage after finishing fourth in Ligue 1.

Milan, the seven-time European champions, qualified by winning 9-8 on penalties away to Rio Ave in Portugal on Thursday after being rescued by a Hakan Calhanoglu spot-kick right at the end of extra time.

The Scottish champions and Milan last met in the Champions League group stage in 2013/14. They also faced off several times in that competition in the previous decade including in 2006/07, when the Italians narrowly won their last-16 tie en route to winning the trophy.

Rangers' reward for ousting Turkish giants Galatasaray in the play-offs and qualifying for the group stage for the third season running was a spot in Group D with Benfica, Standard Liege of Belgium and Lech Poznan of Poland.

Steven Gerrard's side may fancy their chances of reaching the knockout phase again, after losing to Bayer Leverkusen in the last 16 last season.

There were fewer glamour ties for England's representatives but all will be expected to progress.

Arsenal will play three teams who dropped out of the Champions League qualifiers in Rapid Vienna, Norwegian champions Molde, and Dundalk of Ireland.

It is Dundalk's second appearance in the group stage in five seasons and the Arsenal clash in particular will be a glamour tie for them.

They will hope their fans can attend the match, with UEFA announcing on Thursday that they will allow spectators back at a maximum of 30 percent of capacity.

However, the loosening of restrictions is subject to national authorities giving the green light.

Spurs have already travelled to Bulgaria in the competition this season, beating Lokomotiv Plovdiv 2-1 away in the second qualifying round last month.

The first round of group games will be played on October 22. This season's final is scheduled to be played in Gdansk, Poland on May 26.