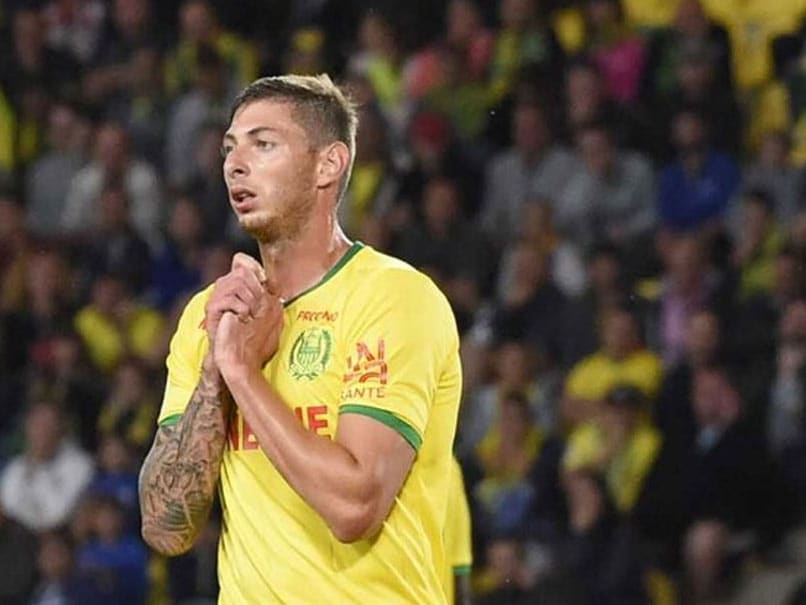 The AAIB said the plane carrying Emiliano Sala was not authorised to make commercial flights.© AFP

Footballer Emiliano Sala and the pilot flying his plane when it crashed were likely exposed to "potentially fatal" levels of carbon monoxide, investigators announced on Wednesday. "Toxicology tests found that the passenger had a high saturation level of COHb (the combination product of carbon monoxide and haemoglobin)," Britain's Air Accidents Investigation Branch (AAIB) said in a special bulletin. "It is considered likely that the pilot would also have been exposed to carbon monoxide," it added. The Argentinian was flying to Wales from France to join Premier League club Cardiff when his plane came down in the English Channel on January 21 during a night-time flight.

His body was recovered, but that of pilot David Ibbotson has never been found.

Toxicology tests on Sala showed a carboxyhemoglobin (COHb) saturation level of 58 percent, according to the AAIB.

"A COHb level of 50 percent or above in an otherwise healthy individual is generally considered to be potentially fatal."

The bulletin said that carbon monoxide poisoning was a particular risk in the type of aircraft they were travelling in.

"Piston engine aircraft produce high concentrations of CO that are conveyed away from the aircraft through the exhaust system," said investigators.

"Poor sealing of the cabin, or leaks into the heating and ventilation system from the exhaust can provide pathways for CO to enter the cabin.

"In this type of aircraft, the cockpit is not separated from the cabin and it is considered likely that the pilot would also have been affected to some extent by exposure to CO."

Exposure to the gas can lead to damage to the brain and nervous system, with unconsciousness and heart attacks possible with COHb levels of over 50 percent.

"It is clear from the symptoms that exposure to CO can reduce or inhibit a pilot's ability to fly an aircraft depending on the level of that exposure," added the bulletin.

Attention had previously focussed on pilot Ibbotson, who it was reported was not authorised to fly at night.

The BBC said Ibbotson was colour blind, which would have automatically disqualified him from night flights.

The AAIB also said the plane carrying Sala was not authorised to make commercial flights.

But the investigators pointed out that Ibbotson had in the past transported people on a cost-share basis, which is authorised by the regulation for small planes.