Emiliano Sala's Plane Did Not Have Commercial Licence: Investigators

Pilot David Ibbotson was flying Sala to his new Premier League club Cardiff City from his previous side in Nantes in France on January 21. 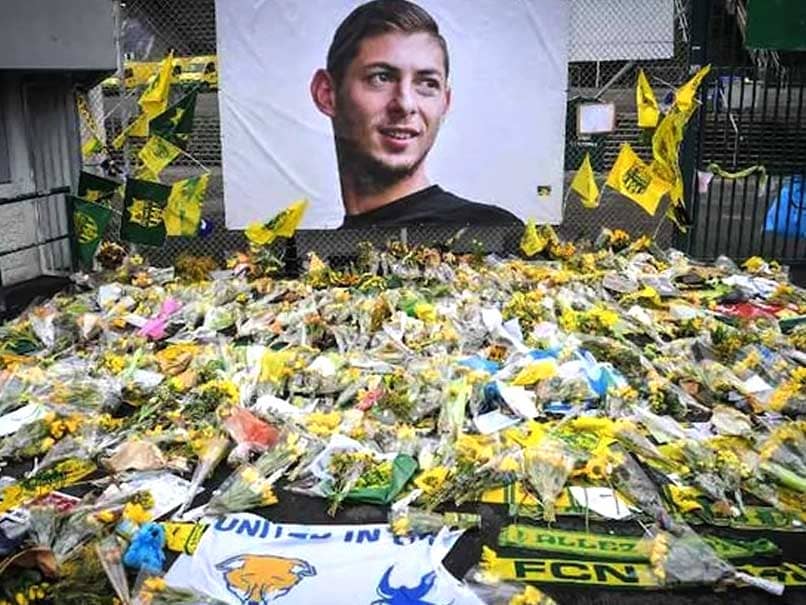 Emiliano Sala's body was recovered from the submerged wreckage on February 7.© AFP

The plane carrying footballer Emiliano Sala that crashed in the Channel last month did not have a commercial licence, British investigators said Monday. But the Air Accidents Investigation Branch said the journey would have been allowed as a "private" flight in which costs are shared between pilot and passenger. "The basis on which the passenger was being carried on N264DB has not yet been established but, previously, the pilot had carried passengers on the basis of cost sharing," the AAIB said in an interim report.

Pilot David Ibbotson was flying Sala to his new Premier League club Cardiff City from his previous side in Nantes in France on January 21 when the accident happened.

Football agents Willie and Mark McKay, father and son, were hired by Nantes to secure the transfer.

Speaking to The Times, Willie McKay has said that Mark arranged the flight, just as he had organised several flights for brokers of the deal in previous weeks.

The plane, a Piper PA-46 Malibu from 1984, was registered in the US, according to the report.

The investigators also said that since the pilot's logbook and licence were not recovered, it was unclear whether Ibbotson was authorised to fly at night.

The report said the plane took off at 19:15 hours.

At 19:58, Jersey air traffic control asked the pilot if the plant's altimeter was working because the radar indicated it was flying lower than it should have been.

The weather radar at the time showed "a band of showers, some heavy, passing through the area".

At 20:02 the pilot requested clearance to descend.

The controller asked if the plane required another descent to which the pilot responded: "Negative, just avoided a patch there, but back on heading five thousand feet."

At 20:12, Ibbotson did request a further descent.

The wreckage was found on the seabed at a depth of approximately 68 metres, the report said, as investigators released fresh pictures of the plane.

"The aircraft was extensively damaged, and the main body of the aircraft was in three parts held together by electrical and flying control cables," it said.

"The engine had disconnected from the cockpit areas, and the rear section of the fuselage had broken away from the forward section adjacent to the trailing edge of the wing."

The report said two seat cushions, an arm rest, and what may have been a piece of fuselage washed up on the French coast, while a seat cushion was found on Jersey.

The aircraft was not fitted with black box data and voice recorders and was not required to be.

Sala's body was recovered from the submerged wreckage on February 7.

Cardiff City Football
Get the latest updates on India vs Australia Series, check out the India vs Australia Schedule for 2020-21 and Ind vs Aus live score . Like us on Facebook or follow us on Twitter for more sports updates. You can also download the NDTV Cricket app for Android or iOS.