PSG president Nasser Al-Khelaifi and FIFA's former secretary general Jerome Valcke will be tried in September in a corruption case linked to the attribution of broadcasting rights. 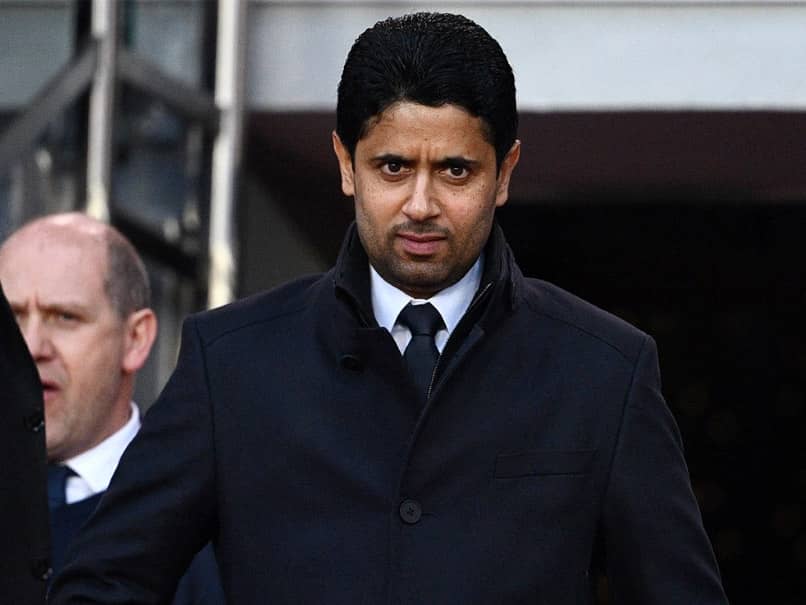 Paris Saint-Germain president Nasser Al-Khelaifi and FIFA's former secretary general Jerome Valcke will be tried in September in a corruption case linked to the attribution of broadcasting rights, the Swiss judiciary said Tuesday. The two will be tried in the southeastern Swiss city of Bellinzona along with a third, unnamed man, for criminal mismanagement, incitement to criminal mismanagement, falsifying documents and corruption, the federal criminal court said. Al-Khelaifi, who is also the boss of Qatari television channel BeIN Sports, is suspected of giving inappropriate gifts to Valcke in order to secure broadcasting rights to prestigious events, including the 2026 and 2030 World Cups.

In exchange Valcke, formerly ex-FIFA boss Sepp Blatter's right-hand man, gained, among other things, rent-free access to a luxury property on the Italian island of Sardinia.

After the date was set on Tuesday, Al-Khelaifi's lawyers issued a statement insisting the case was "completely unfounded", and insisted the charge against their client was "manifestly artificial."

They also indicated that they had requested the recusal of prosecutors in the case and had filed a criminal complaint related to leaks, "making it uncertain whether the case will proceed at all."

The indictment, which was published in February, accused the third man, described as "a businessman in the sports rights sector", of bribery over a 1.25-million-euro ($1.35 million) payment to Valcke's company Sportunited LLC.

Valcke also stands accused of exploiting his position at FIFA between 2013 and 2015 to influence the award of media rights for Italy and Greece for various World Cup and other tournaments scheduled between 2018 and 2030 "in order to favour media partners that he preferred," in exchange for the payments from the unnamed businessman, according to the indictment.

He has also been charged with falsifying documents, after Sportsunited's balance sheet listed those payments as loans.

While Al-Khelaifi was not indicted for bribery, prosecutors have laid out a serious case of incitement.

It alleges that Valcke was refunded a down-payment of around 500,000 euros that he had made to a third party on the purchase of a villa in Sardinia, after Al-Khelaifi purchased the villa through a company instead of Valcke.

Switzerland's judiciary last week rejected a request from Al-Khelaifi for three federal prosecutors in the case to be recused, over claims that during a hearing on December 6, 2019, he had not been given enough time to address all of the aspects of the case he deemed were necessary.

Valcke, who worked with Blatter from 2003 to 2015, has already been banned from football for 10 years for failing to cooperate with investigators over the resale of World Cup tickets and inflated expenses.