FIFA president Gianni Infantino is suspected of having intervened with Switzerland's attorney general to try to get an investigation dropped, a Swiss newspaper alleged on Monday. 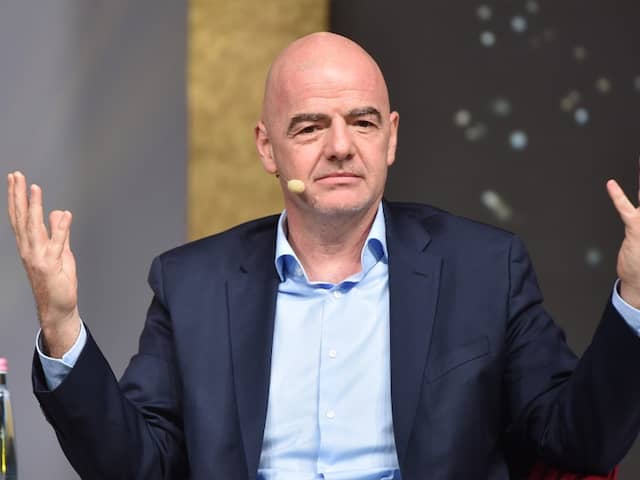 FIFA president Gianni Infantino is suspected of having intervened with Switzerland's attorney general to try to get an investigation dropped, a Swiss newspaper alleged on Monday. The Office of the Attorney General (OAG) launched an investigation in early 2016, shortly after Infantino was elected president of world football's governing body, about his awarding of a television rights contract to an offshore company in his previous role as UEFA's legal affairs director.

According to the Tribune de Geneve newspaper, Infantino was "worried" about this investigation and wrote to his childhood friend, Rinaldo Arnold, who had become a senior prosecutor in Switzerland's Haut-Valais region where they grew up.

"I will try to explain to the OAG that it is in my interests that everything should be cleared up as soon as possible, that it be clearly stated that I have nothing to do with this matter," he wrote in an email cited by the newspaper.

Arnold, who had helped to set up a first meeting between Infantino and Attorney General Michael Lauber, replied: "What is important is the meeting in two weeks' time. If you like, I can come with you again."

The meeting took place on April 22, 2016, the newspaper said, adding that what happened during it remains "a mystery", and the OAG "refuses to speak about it".

The OAG declined to comment on the Tribune de Geneve article when contacted by AFP.

FIFA was also contacted for comment but there was no immediate response.

The Zurich-based federation has always indicated that the meetings between Infantino and the OAG were intended to show that FIFA was "ready to engage with the Swiss justice system".

In November 2017, "after a third informal meeting" between Infantino and Lauber, the OAG closed the investigation into the contract signed by Infantino at UEFA, European football's governing body.

The Tribune de Geneve also indicated that between July and September 2016, there were more than 20 calls between Swiss prosecutors and FIFA lawyers.

"Prosecutors have apparently helped FIFA formulate its requests" as a plaintiff so that they could be "accepted by the OAG" -- an attitude which "seems incompatible with the OAG's duty of impartiality", the daily said.

Comments
Topics mentioned in this article
FIFA Football
Get the latest updates on IPL 2020, check out the IPL Schedule for 2020 and Indian Premier League (IPL) Cricket live score . Like us on Facebook or follow us on Twitter for more sports updates. You can also download the NDTV Cricket app for Android or iOS.