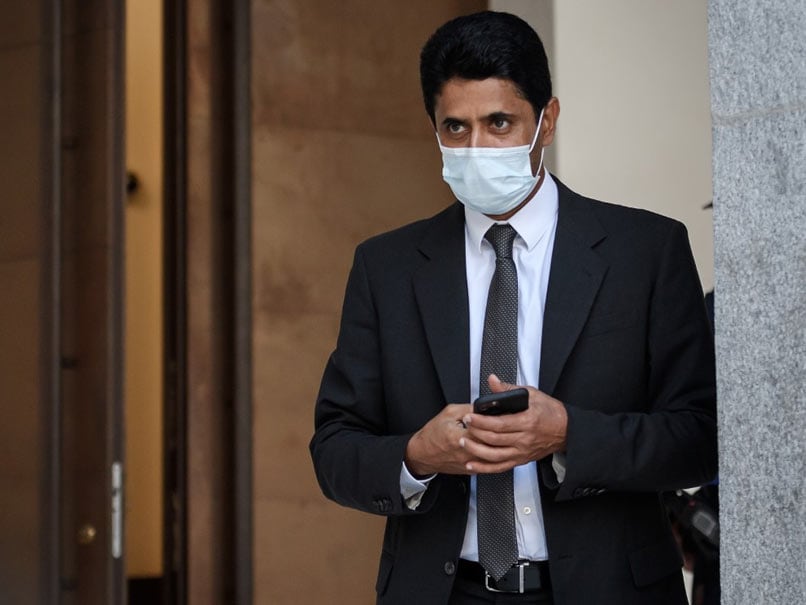 Swiss prosecutors on Tuesday called for Paris Saint-Germain presidentNasser Al-Khelaifi and former FIFA number two Jerome Valcke to face prison for alleged corruption in the allocation of World Cup TV rights. The prosecution called for a 28-month sentence for Al-Khelaifi, who is also president of beIN Media, and three years for Valcke as their trial in the Swiss town of Bellinzona moved into its final days, the Swiss agency Keystone ATS reported. This is the first time prison sentences have been requested in a European court in trials relating to the multiple scandals in world football, although former officials from the Americas have received jail sentences in the United States.

The Swiss Federal Criminal Court of Bellinzona has been trying Valcke on two charges related to his quest for money to maintain what Federal Prosecutor Joel Pahud called a "spendthrift" lifestyle.

Al-Khelaifi was included in the first charge. The public prosecutor's office said Valcke sought the Qatari's help in the summer of 2003 to buy a luxury villa in Sardinia, at a time when beIN, a Qatari-owned broadcaster, was negotiating the extension of its media rights in North Africa and the Middle East for the 2026 and 2030 World Cups.

The public prosecutor said Al-Khelaifi acquired the house for five million euros, via a company that was transferred almost immediately to the brother of one of his close collaborators, before it was made available to Valcke.

The two men said the deal was a "private" arrangement, unrelated to the contract concluded by beIN with FIFA in April 2014.

Paris SG FIFA Football
Get the latest updates on SA vs IND 2021-22, check out the Schedule and Live Score . Like us on Facebook or follow us on Twitter for more sports updates. You can also download the NDTV Cricket app for Android or iOS.