Sunil Chhetri said that he has become a fan of the U-16 batch and hopes that in time they help push India to the top 10 rankings in Asia. 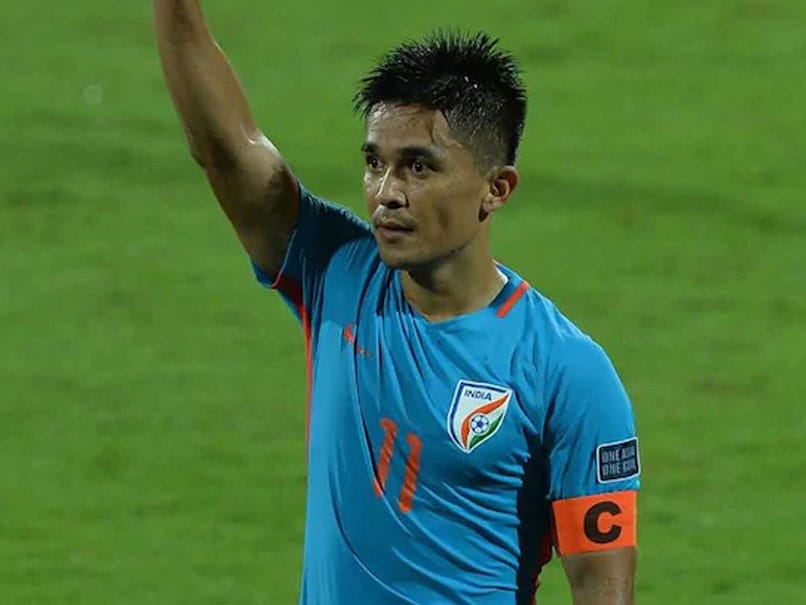 Sunil Chhetri is the captain of the Indian Football team.© AFP

Indian football team skipper Sunil Chhetri stated that he is a "big fan" of the current India U-16 team and Indian Arrows, the former has gone on to earn some fantastic results in the recent times. In a live chat with AIFF TV, Chhetri said that he has become a fan of the U-16 batch and hopes that in time they help push India to the top 10 rankings in Asia. "I'm already a big fan of the U-16 team and the Indian Arrows, especially the U-16 team under Bibiano (Fernandes). They look like a really good unit," he said.

"They have played some really good football and it's all about continuing the push to improve with every step. These boys would want to do better than the previous batch (that clocked a quarterfinal finish in the 2018 AFC U-16 Championship)," said Chhetri.

The U-16 team, on Thursday, were drawn in Group C of the AFC U-16 Championship Bahrain 2020 with the Korea Republic, Australia and Uzbekistan. The top two teams from the group will advance to the quarterfinals and the four semifinalists will earn a ticket to the FIFA U-17 World Cup Peru 2021.

This is India's third successive qualification into the AFC U-16 Championship and ninth overall.

"In the same manner when this batch produces such a good result, it puts the onus on the guys who are currently in the U-14s to prepare even better, because they would want to better the feat achieved by these guys. You constantly want to push the bar higher," Chhetri said.

"At this stage in Indian football, you want the national team to push for the top 10 spots in Asia. For that to happen it is very important for these youngsters to come through the ranks and produce the results in the senior team," he added.

The India captain went on to cite the example of the batch that played the FIFA U-17 World Cup India 2017. While the players from the World Cup team are still relatively young, Chhetri believes that they already have loads of confidence, having played some top opponents in the U-17 World Cup.

Comments
Topics mentioned in this article
Sunil Chhetri Football
Get the latest updates on India vs South Africa and check out  Schedule, Results and Live Score. Like us on Facebook or follow us on Twitter for more sports updates. You can also download the NDTV Cricket app for Android or iOS.