Enjoying My Football, Not Going Away Anytime Soon: Sunil Chhetri

Sunil Chhetri holds the national record for most international matches and most number of goals for India. 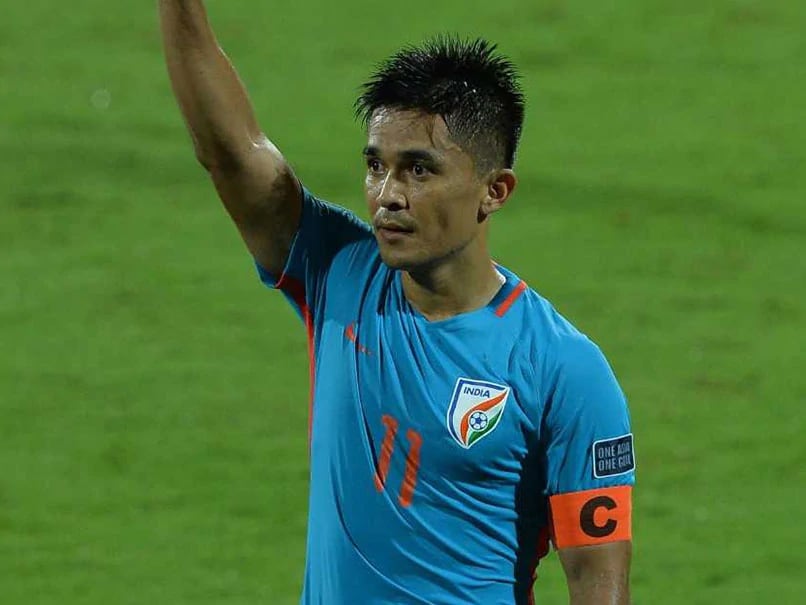 Sunil Chhetri is the captain of India's football team.© AFP

"I am enjoying my football and am not going away anytime soon," said talismanic Indian football captain Sunil Chhetri, indicating that he will keep on playing for another three to four years. The 35-year-old Chhetri, who holds the national record for most international matches and most number of goals, made it clear that retirement plans are currently not on his mind. "I don't want to put numbers (on how long I will keep playing). But I am enjoying my football and I am not going away anytime soon," Chhetri said in a live chat on the Facebook page of the Indian football team.

"I told my wife that I am feeling so fit. I am going to challenge Udanta and Ashique Kuruniyan (both India and Bengaluru FC team-mates) for a sprint. Unless Sahal (Abdul Samad) scores a lot of goals and pushes me away (from the national team), I am going to be there, playing for the team."

Chhetri completes 15 years of international career on Friday since making his debut in Quetta against Pakistan in a friendly series in 2005. He had scored on his debut in the 1-1 drawn match.

Since then, he has played 115 matches and scored 72 goals. He is the second-highest international scorer among active footballers, behind Portugal superstar Cristiano Ronaldo and above Argentine maestro Lionel Messi.

"I am fortunate to have played 15 years for my country. It is a dream, 3-4 years more probably and it will be (nearly) 20 years. Who would have thought to play 20 years and so I am living on my dream."

Chhetri, however, is almost unlikely to play in a World Cup match as India is out of the reckoning for a berth in the 2022 showpiece in Doha while the 2026 edition is too far.

"Till the time I am with the national team, I will give my best."

Bengaluru FC
Get the latest updates on SA vs IND 2021-22, check out the Schedule and Live Score . Like us on Facebook or follow us on Twitter for more sports updates. You can also download the NDTV Cricket app for Android or iOS.