From Sunil Gavaskar to Sunil Chhettri, cricket and football stood united in grief, mourning the loss of Subimal 'Chuni' Goswami, a colossus in Indian sports who died after suffering a cardiac arrest. 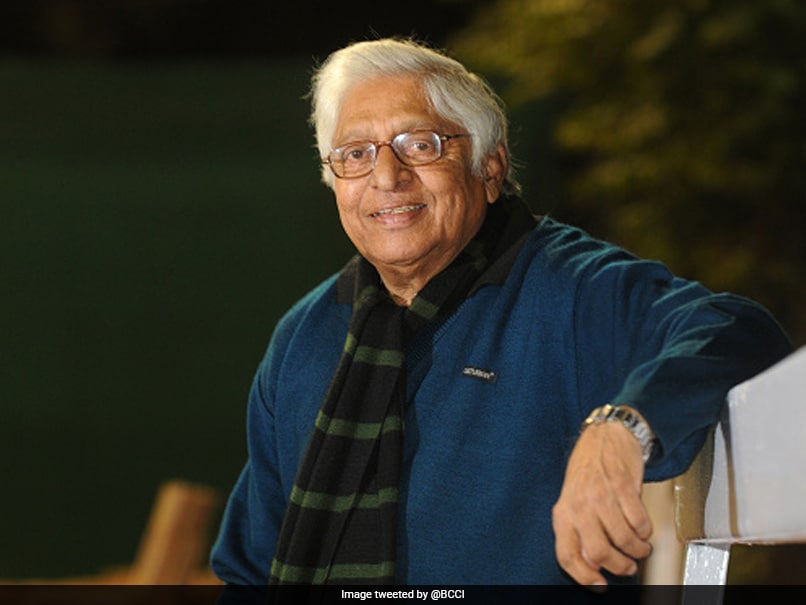 From Sunil Gavaskar to Sunil Chhettri, cricket and football stood united in grief, mourning the loss of Subimal 'Chuni' Goswami, a colossus in Indian sports who died after suffering a cardiac arrest in Kolkata on Thursday. India's footballers and cricketers -- both current and former -- reacted with shock after Goswami's demise. The versatile veteran, a former India football captain as well as a first-class cricketer, was 82.

"Today is a truly depressing day. First Rishi (Kapoor) and now Chuni da have left us. Both champions and legends in their craft. The world will be the poorer for their departure to the Heavens. RIP," said cricketing great Sunil Gavaskar.

The BCCI too paid its tribute to Goswami, who represented Bengal in 46 games between 1962 and 1973, after a stellar run on the football field. He was an all-rounder.

"BCCI mourns the death of Subimal 'Chuni' Goswami, an all-rounder in the truest sense," the BCCI tweeted.

In football, he captained India to the Asian Games gold medal in 1962 and a silver in the 1964 Asia Cup in Israel, both of which remain the country's best performances in the continental showpieces till date.

Among the footballers, Bhaichung Bhutia, IM Vijayan and Chhetri paid homage to Goswami.

"I have not had so much interaction with Chuni da but I met him a couple of times when I played for Mohun Bagan. He was a thorough gentleman. Sadly he was not too much involved with Indian football even during my time. He would visit the Mohun Bagan once in a while," he said.

"We've lost one of the leading lights of Indian sport today. Not too many can boast of being top-notch in two different sports. You played your part to the fullest, rest well, Chuni sir. Strength to the family," he said.

His former teammate Tulsidas Balaram said he felt shattered by the loss of a dear friend.

"I am really shocked. First PK Banerjee and now Chuni is gone. We were very, very good friends. We had mutual respect for each other. I have so many fond memories. I'm really not in a frame of mind to speak further," an emotional Balaram, who formed the 'Indian holy trinity' with Banerjee and Goswami during their Asian Games triumph, told PTI.

Former cricketer Dilip Doshi, who played under Goswami in the Bengal team, said he learnt a lot from the versatile athlete.

"He was India's all-round sportsman and much to learn from in fitness and fighting spirit. I had the privilege to play with him for a few years when I made my debut for Bengal," he said.

"His will to fight the issue out was infectious...He had a great sense of humour which he timely applied to release the tension in the dressing room.

"India is poorer without such stalwarts and icons of sport...Well played Chuni Da, we take a bow and offer our heartfelt condolences to his family," he added.

An emotional tribute also came in from Cricket Association of Bengal.

"This is actually a monumental loss for the sporting fraternity... leadership qualities as well as his amiable character easily endeared him to all of us," the CAB said.

"The Flag of the Association would be flown at half mast tomorrow as a mark of respect to this legendary figure," it added.

"Another legendary Indian Footballer and a fine first class cricketer has left us today. Rest in eternal peace Shri. Chuni Goswami. My heartfelt condolences to his bereaved family," Patel tweeted.

Sunil Gavaskar
Get the latest updates on T20 World Cup, check out the T20 World Cup Schedule and Live Score . Like us on Facebook or follow us on Twitter for more sports updates. You can also download the NDTV Cricket app for Android or iOS.