Spain's health minister sounded a note of caution over La Liga plans to test players for the virus before returning to training and resuming a season suspended on March 12, saying giving priority to footballers might breach government policy. 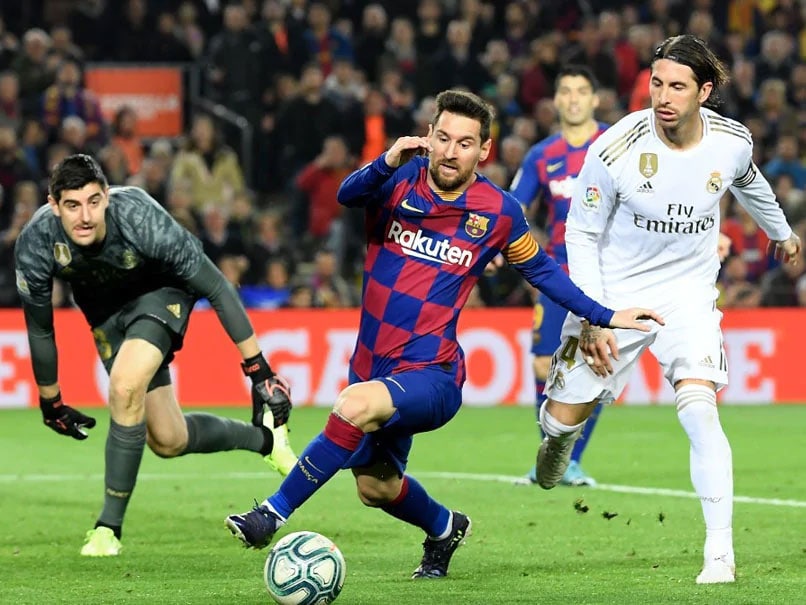 La Liga season was suspended on March 12 due to the coronavirus.© AFP

Spain's health minister Salvador Illa said Sunday it would be "imprudent" to promise the football season would restart before the summer as the country took steps to ease one of the world's toughest coronavirus lockdowns. "I can't tell you right now if professional football is going to be able to restart its activities before the summer. It would be imprudent on my part," he said during a daily briefing on the coronavirus pandemic. The minister sounded a note of caution over La Liga plans to test players for the virus before returning to training and resuming a season suspended on March 12, saying giving priority to footballers might breach government policy.

"The diagnostic tests of any kind must be made available to the regional governments," Illa said.

Before players can return to the pitch they will have to undergo COVID-19 screening tests. They will then continue to be monitored on a regular basis.

Prime Minister Pedro Sanchez announced Saturday that Spaniards will be allowed out for exercise and to take walks from next weekend, with the state of emergency extended this week until May 9.

Unlike most other countries, since imposing a lockdown on March 14, Spain has not allowed anyone out for walks, jogs or bike rides, allowing them to leave home only to buy food or medicine, briefly walk the dog or for a medical emergency.

With more than 23,000 coronavirus fatalities, Spain has the third highest death toll in the world after the United States and Italy.