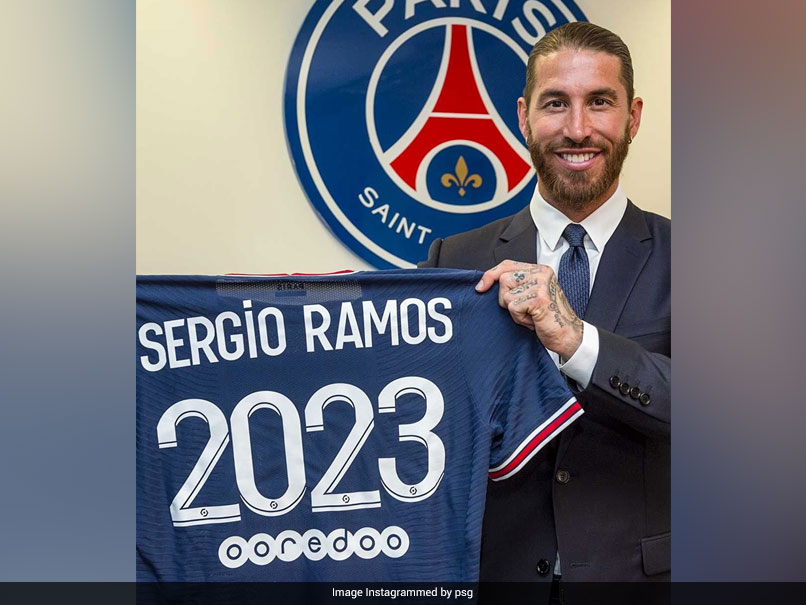 Sergio Ramos, the former Real Madrid stalwart considered one of the best defenders in the world, has signed a two-year contract with Paris Saint-Germain, the French club said Thursday. Ramos, 35, won the Champions League four times with Real and is a World Cup winner and a two-time champion of Europe with Spain. The veteran, who has won 180 caps and scored 23 goals for his country, arrives with PSG desperate to add experience to their squad for another assault on an elusive first Champions League title.

"It's a big change in my life, a new challenge and a day I shall never forget," Ramos said in a PSG statement.

Ramos, who cut his teeth with Sevilla before joining Real in 2005, played almost 500 games for Los Blancos, marshalling their defence for 16 seasons and winning La Liga five times.

He also scored some notable goals, not least his injury-time equaliser in the 2014 Champions League final against city rivals Atletico.

Real went on to win 4-1 to claim their tenth win in the competition and Ramos remained a mainstay of the side as they made it four continental titles in five seasons between 2014 and 2018 under French coach Zinedine Zidane.

Sergio Ramos Zinedine Zidane Football
Get the latest updates on IPL Auction 2023 and check out  IPL 2023 and Live Cricket Score. Like us on Facebook or follow us on Twitter for more sports updates. You can also download the NDTV Cricket app for Android or iOS.