Serie A: AC Milan have announced that Zlatan Ibrahimovic has tested positive for coronavirus once again even after quarantining for two weeks. 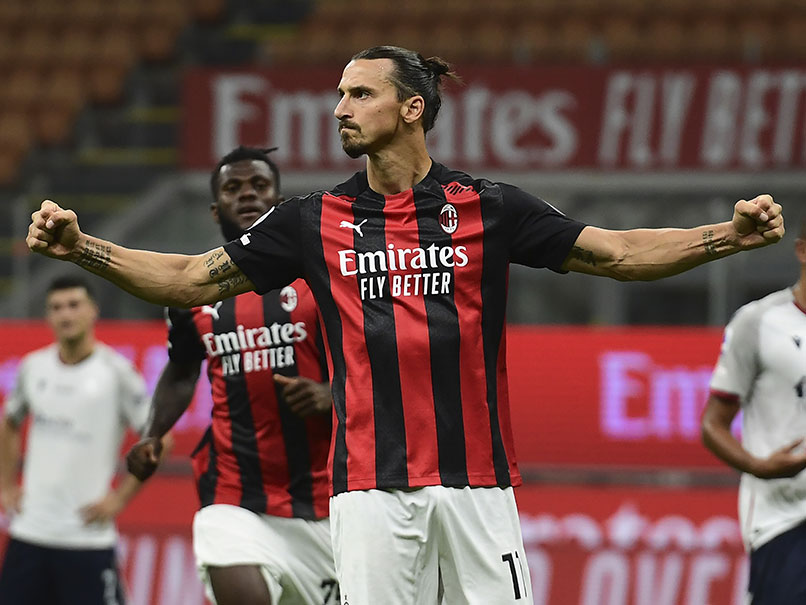 Zlatan Ibrahimovic had tested positive for coronavirus on September 24.© AFP

Zlatan Ibrahimovic looks likely to miss the Milan derby this month after his club AC Milan announced Thursday that the veteran Swede had again tested positive for coronavirus. Ibrahimovic, who went into quarantine two weeks ago when he first tested positive, must test negative twice before he can return to the Milan squad, whose next game is the derby against Inter at the San Siro on October 17. Brazilian defender Leo Duarte, whose last test was also negative, is also continuing his quarantine. The rest of the players are all negative, the club said.

Ibrahimovic first tested positive on September 24, prompting him to fire off a feisty tweet: "The Covid had the courage to challenge me. Bad idea."

The 39-year-old has since posted on social networks a video of him training at home.

In spite of his absence, Milan have made a decent start to the season, having climbed to second in Serie A after winning all three of their games and reaching the group stages of the Europa League.

Ibrahimovic extended his contract with Milan by one year after a six-month stint last season.

Zlatan Ibrahimovic Football
Get the latest updates on India vs South Africa and check out  Schedule, Results and Live Score. Like us on Facebook or follow us on Twitter for more sports updates. You can also download the NDTV Cricket app for Android or iOS.