Napoli won 2-0 against Fiorentina to move third in the Serie A table and keep their dreams of a Champions League berth alive. 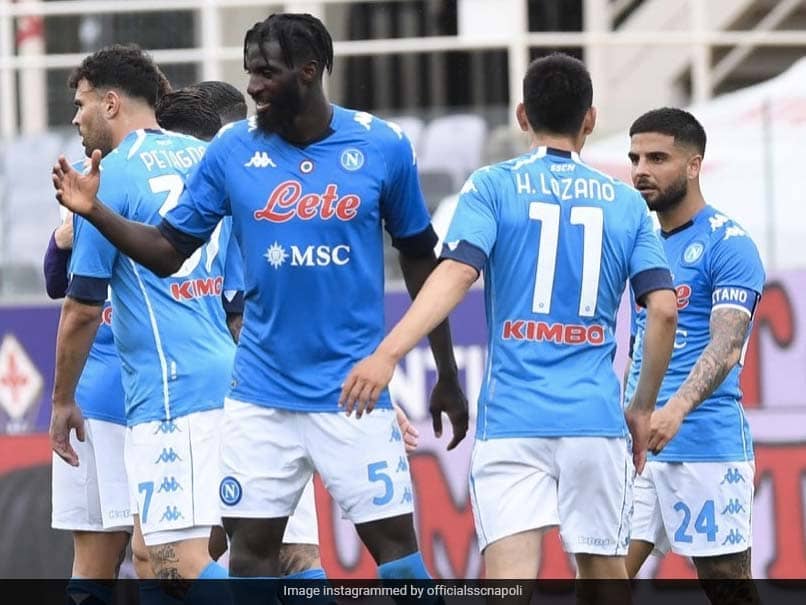 Napoli beat Fiorentina 2-0 in a Serie A game on May 16.© Instagram/SSC Napoli

Napoli moved third in Serie A on Sunday with a 2-0 win at Fiorentina to keep their push for a Champions League return alive. Lorenzo Insigne missed a penalty but send in the rebound after 56 minutes with a Lorenzo Venti own goal 11 minutes later sealing an important win for the visitors. Napoli are third, two points behind Atalanta who assured a third consecutive season of Champions League football, with a 4-3 win at Genoa on Saturday. AC Milan, are a point behind Napoli, occupying in the final Champions League berth, and play 16th-placed Cagliari later on Sunday.

Juventus are fifth, one point behind Napoli, but still in the running for a top four finish after a 3-2 win over newly-crowned champions Inter Milan on Saturday, with one match left this season.

As in Turin on Saturday when Cristiano Ronaldo missed a penalty for Juventus but sent in the follow-up, Napoli skipper Insigne scored after Fiorentina goalkeeper Pietro Terracciano had saved his shot from the spot.

Insigne missed two further chances for a second but the Italian then played a role in Napoli's second goal.

The striker sent the ball through for Piotry Zielinski whose shot took a deflection off Fiorentina defender Venuti into his own goal.

Napoli's final game will be at home against midtable Hellas Verona, as they look to return to elite European football after missing out last season.

Juventus play their final game at Bologna desperate to avoid missing out on the Champions League for the first time in a decade.

Lazio will not play among the European elite next season after a 2-0 derby defeat to Roma on Saturday.

Sixth-placed Lazio are eight points behind Juventus having played a game less.