Black Lives Matter was also emblazoned on the back of shirts instead of player names. 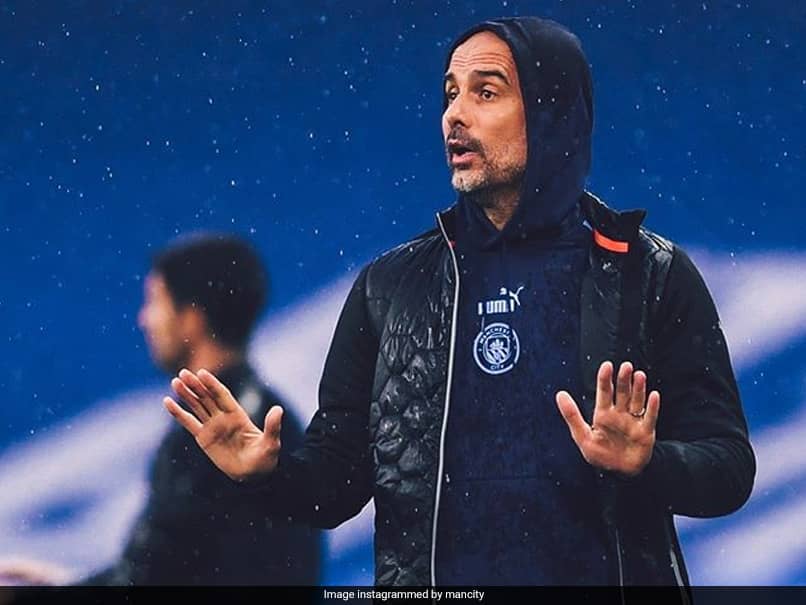 Pep Guardiola is the manager of Manchester City since 2016.© Instagram

Manchester City manager Pep Guardiola said he is "embarrassed and ashamed" at the historic treatment of black people as the Premier League's return was marked by protests against racial injustice on Wednesday. Players and coaches from all four sides in action took a knee prior to kick-off to show their support for the Black Lives Matter campaign. The action came in response to worldwide protests after the killing of African American George Floyd while in police custody in Minneapolis.

Black Lives Matter was also emblazoned on the back of shirts instead of player names.

"We should send a thousand million messages for the black people. It's more than 400 years we do what we do to these lovely people," Guardiola told Sky Sports.

"I'm embarrassed and ashamed of what the white people have done for the black people.

"Just because you are born a different colour, how people can think they are different? All the gestures are good and positive. Everything we can do to make it conscious, it is not acceptable.

"We have to do a lot of things for the black people which we have not done so far."

Raheem Sterling has been a leading campaigner in the fight against racism in football and the City winger backed the united front as a significant step forward.

"I see it as a massive step for the Premier League to allow something like that to happen," said Sterling.

"It shows we are going in the right direction."

Sterling scored his first goal of 2020 to open the scoring as City restarted with a 3-0 win over Arsenal.

The England international admitted his side took some time to get to grips with their new surroundings in front of an empty Etihad stadium and said he struggled to hold back from celebrating his goal too wildly with teammates.

"The first 10 minutes it was getting used to the atmosphere and getting the cobwebs off," said Sterling.

"We've got to remain within all the safety tips, but all the boys have tested negative in the past few days and we celebrated in the right manner."

Arsenal English Premier League Raheem Sterling Football
Get the latest updates on IPL 2021, IPL Points Table , IPL Schedule 2021 , live score . Like us on Facebook or follow us on Twitter for more sports updates. You can also download the NDTV Cricket app for Android or iOS.