Robert Lewandowski scored 34 goals and ended the season as the Bundesliga's top scorer for the fifth time. 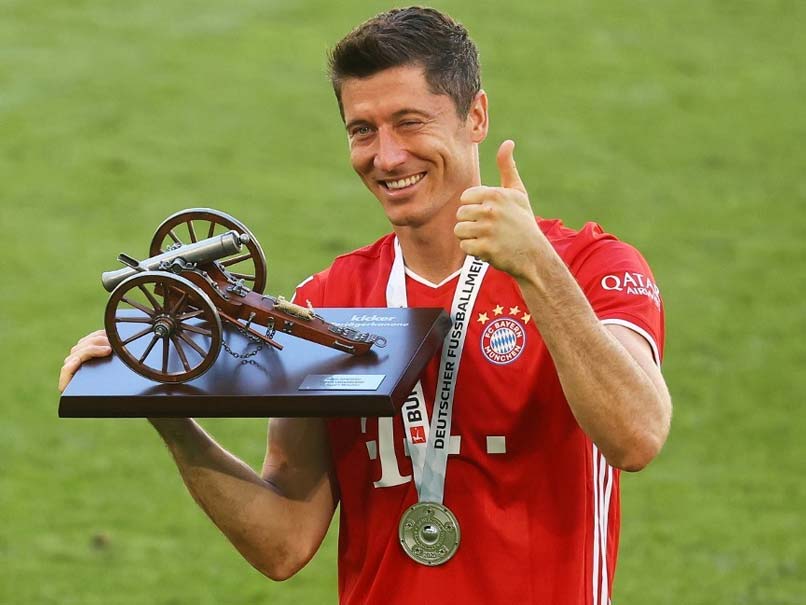 Robert Lewandowski has the third-most goals in Bundesliga history having scored 236 times.© AFP

Bayern Munich chairman Karl-Heinz Rummenigge has said that Robert Lewandowski is the best centre-forward in the world. His remark came after Lewandowski scored a second-half penalty as Bayern Munich thrashed Wolfsburg 4-0 to finish the Bundesliga campaign on a high. Bayern had already secured their eighth consecutive Bundesliga title earlier this month and with the help of the spot-kick on Saturday, Lewandowski took his season tally to 34. "To score 34 goals in one Bundesliga season is an incredible achievement. Only 'Der Bomber', Gerd Muller, has ever scored more goals in one campaign. I'd like to congratulate and thank Robert Lewandowski. He is the best centre-forward in the world," the official Bayern Munich website quoted Rummenigge as saying.

This is now the fifth time that Lewandowski has finished as the Bundesliga's highest-scorer.

Lewandowski has the third-most goals in Bundesliga history having scored 236 times.

Only Thomas Muller and Schalke great Klaus Fischer have scored more goals than Lewandowski in the history of Bundesliga.

In the match between Bayern and Wolfsburg, Kingsley Coman, Mickael Cuisance, Lewandowski and Thomas Muller got on the scoresheet for the Bundesliga champions.

Bayern finished the 2019-20 Bundesliga season with 82 points from 34 matches while second-placed Borussia Dortmund ended their campaign on 69 points just three points ahead of RB Leipzig.