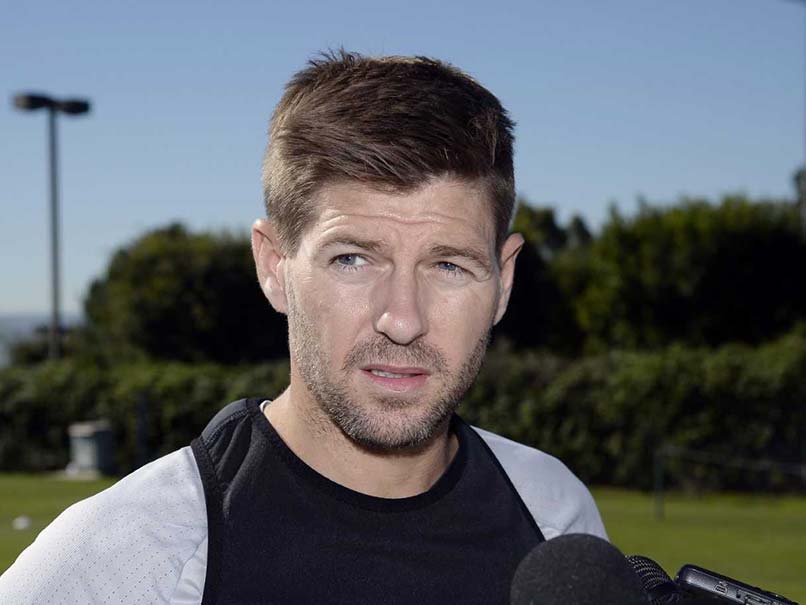 Steven Gerrard has demanded an investigation into the Scottish Professional Football League.© AFP

Rangers manager Steven Gerrard has demanded an investigation into the Scottish Professional Football League, accusing the organisation of making an "absolute mess" of its end-of-season proposal. Dundee on Wednesday reversed an earlier intention to reject the SPFL's contentious plans to end the Scottish season below the Premiership level due to the coronavirus pandemic, meaning the resolution achieved the numbers required to pass. It means the Championship, League One and League Two campaigns will be curtailed early and decided on a points-per-game basis, with Dundee United, Raith Rovers and Cove Rangers declared champions.

Partick Thistle and Stranraer will be relegated under the proposals, which could see bottom-placed Premiership club Hearts also drop, should the SPFL board decide the top-flight season cannot resume.

Rangers had previously called for the suspension of SPFL chief executive Neil Doncaster over the plan and Gerrard wants a probe into how the organisation handled the divisive situation.

"I think what he has to do now, because there are so many accusations and doubts and questions about this institution, he needs to allow an independent investigation into the set-up, to prove everyone wrong and make sure there is fairness, and transparency across the board in Scotland."

Rangers, who voted against the SPFL's resolution, issued a statement late on Thursday that made it clear Doncaster and legal advisor Rod McKenzie should be suspended while they are the "subject of forensic examination".

"No fair minded person can take the outcome of this vote seriously. The SPFL has conducted a process which has been misleading and deeply flawed," the statement read.

"The anger of our fans is understood and shared by our board, who continue to examine all legal options available.

"The SPFL appear to have acknowledged the need for an internal investigation - but only an independent investigation will provide satisfactory, credible answers.

"We repeat our call for the immediate suspension of Neil Doncaster and Rod McKenzie pending the outcome of the independent investigation."

In a lengthy statement on the club website, Budge said: "Yesterday afternoon's announcement that Dundee FC has re-cast its vote, in support of the SPFL's written resolution of 8th April, leaves me both disillusioned and bitterly disappointed.

"It is now of paramount importance that we do not give up in our efforts to right this wrong."

The SPFL said ending the season was the only way prize money due to cash-stricken clubs could be released.

Stranraer, set to go down from League One, described the decision as "grossly unfair".

Partick Thistle, facing relegation from the Championship, said on Thursday they would not be taking legal action against the SPFL even though their lawyers had told them they had a case.

"To pursue court action costs money and considerable time -- so we have had to consider carefully whether both could be better spent on securing the club's future and protecting the livelihoods of those we employ," the club said in a statement.

Liverpool Steven Gerrard Football
Get the latest updates on IPL 2021, check out the IPL 2021 Schedule and Indian Premier League Live Score . Like us on Facebook or follow us on Twitter for more sports updates. You can also download the NDTV Cricket app for Android or iOS.