PSG vs Lille: Neymar and Tiago Djalo had a heated exchange after both received a red card for getting into a shoving match during the game. 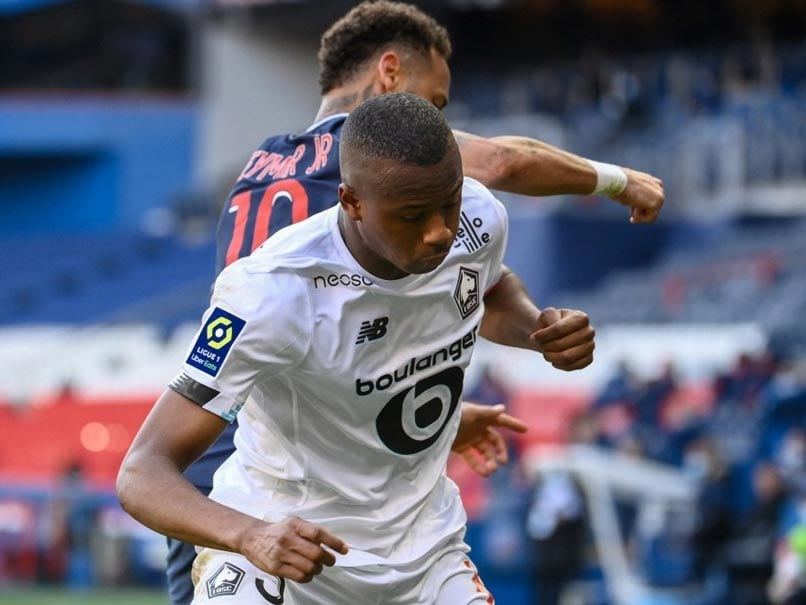 Neymar and Tiago Djalo were both sent off during PSG's home defeat to Lille.© AFP

Paris Saint Germain's star forward Neymar was involved in an astonishing altercation with Lille defender Tiago Djalo on Saturday. Neymar and Djalo were both sent off after a shoving match late in the game. As the two headed towards the tunnel, tensions rose between them, with Neymar animatedly gesticulating towards Djalo. Officials separated the two as they entered the tunnel, but Neymar tried to run around them to get to Djalo, who himself also seemed to want to confront the Brazilian star, but officials managed to again successfully separate them before things could get out of hand.

Neymar's red card in the 90th minute summed up a frustrating evening for PSG, as they went down 0-1 at home to Lille, who have now taken a three-point lead at the top of Ligue 1.

This was Neymar's second sending off this season and fourth since he joined PSG in a world-record deal in 2017.

PSG have now suffered three straight home league losses for the first time since 2007, and they trail Lille by three points with seven games left.

Monaco are a further point behind in third after beating Metz 4-0, but Lyon lost ground, dropping five points off the lead in fourth with a 1-1 draw at fifth-placed Lens.

Mauricio Pochettino's PSG had been fancied to ease to another league title after winning 4-2 in Lyon before the recent international break, but Saturday's result raises doubts about their credentials.

They have taken just one point from four games against Lille and Monaco this season. Lyon also beat them in Paris.

"I am disappointed with the result and at losing three important points. I am not worried but we will need to keep fighting to the end," said Pochettino.

"We are an inconsistent side for lots of reasons but we are working to fix that."

Paris SG Lille Neymar Football
Get the latest updates on ICC T20 Worldcup 2022, check out the Schedule and Live Score. Like us on Facebook or follow us on Twitter for more sports updates. You can also download the NDTV Cricket app for Android or iOS.