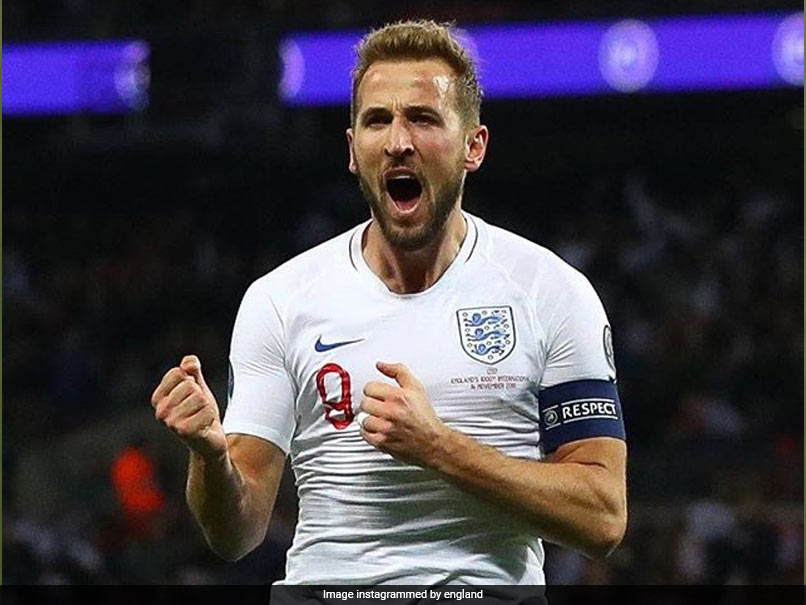 Gareth Southgate says "phenomenal" Harry Kane is capable of becoming England's record goal-scorer, as the Tottenham striker prepares to win his 50th cap against Belgium on Sunday. England captain Kane is sixth on his country's all-time scoring chart with 32 international goals, 21 behind record-holder Wayne Rooney. Southgate believes the 27-year-old should be setting his sights on passing Rooney. Kane has scored 13 times for Tottenham already this season, but drew a blank in each of his four appearances for England this term.

Ahead of his side's Nations League visit to Belgium, England boss Southgate outlined the case for Kane to chase football immortality.

"In terms of what is possible, the goalscoring record is the really interesting one because his strike rate for us is phenomenal and he has time on his side to chase Wayne Rooney's record which would be a remarkable feat," Southgate told a press conference on Saturday.

"I know from his perspective, while the personal achievement is something he is driven towards, it is the team achievement."

"He is so focused on the team having success and he would want to look back over the next few years at the team achieving."

Kane has enjoyed a host of memorable moments since winning his first England cap four years ago, including finishing as top scorer at the 2018 World Cup.

Asked about his favourite memory of Kane in his first 49 caps, Southgate picked out the striker's first international goal.

Southgate was England Under-21 manager at the time and had worked with Kane at that level, before he was given a debut by Roy Hodgson in March 2016 against Lithuania.

"I think his first goal for England with Roy because we were with the Under-21s and whenever one of your players get called up, you always want them to do well," Southgate said.

"I remember hearing he had scored and that was a brilliant moment for all of us because you want your boys to progress and do well."

"His goal at Hampden (against Scotland) as well and of course his goals at the World Cup. To win the golden boot is an incredible personal achievement."

England and West Ham midfielder Declan Rice has been as impressed by Kane's leadership qualities as by his predatory finishing.

"With 'H', you feel his presence all the time. If you look at the other night, he was involved but beforehand he is in the changing room, getting everyone ready and talking to the lads individually," Rice said.

"For a youngster like me, who is aspiring to be a future captain, you have to look at what he does."

"He might not be the loudest on the pitch, but the way he takes the ball under pressure and gets defences scared, he is a real leader."

While Kane was preparing for the Belgium match, it emerged that his ($131,000) Range Rover was stolen from outside his house on October 25.

Kane is reported to have CCTV footage showing a car driving past his luxury vehicle on multiple occasions, leading to fears he was targeted by a gang.

After Jack Grealish's eye-catching display in Thursday's 3-0 friendly win over the Republic of Ireland, it has been widely suggested the Aston Villa winger deserves a sustained run in Southgate's team.

Chelsea midfielder Mason Mount has been perceived as a rival for Grealish's place, despite playing against Ireland in a more central position.

But Rice, a lifelong friend of Mount, launched a staunch defence of his team-mate after criticism of his performances on social media.

"We don't speak about it but it is very harsh," Rice said of Mount's doubters.

"I know what his mentality is like. I know how driven he is. It is no surprise that Gareth picks him, Frank (Lampard) picks him and if you gave every Premier League manager the chance, they would pick him as well."