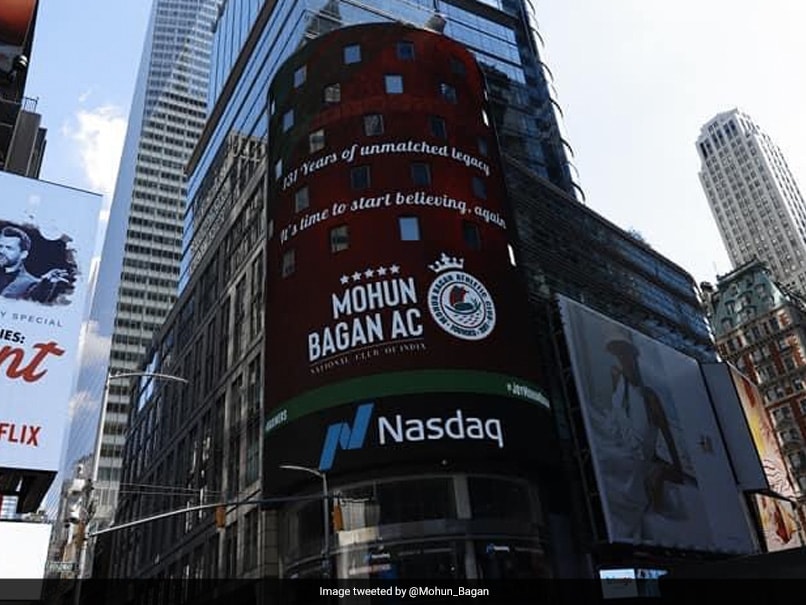 The pictures from NASDAQ is a testimony to the fact that Mohun Bagan belongs to a different league. Huge day for all the Mariners!!

Mohun Bagan Day has been celebrated on 29 July each year since 2001, to commemorate their historic victory over East Yorkshire Regiment in the IFA Shield Final on this day in 1911.

The victory was seen as a huge moment in India's freedom struggle at the time, giving hope to the people that the British could be defeated.

The club also awards the Mohun Bagan Ratna to former players who made significant contributions to the team, as well as other major sporting personalities.

This year, the Mohun Bagan Ratna will be awarded to hockey great Gurbux Singh and former Bengal cricketer Palash Nandy.

The iconic club was founded in 1889 and has won the National Football League three times and the I-League twice, including in 2020. They had managed to clinch the title just before the league was ended due to the coronavirus pandemic.

The club, earlier this year, announced a merger with the Indian Super League (ISL) club ATK FC, and will be rechristened as ATK-Mohun Bagan. The club will be part of the next season of the ISL, which will be held behind closed doors from November this year to next March.

Comments
Topics mentioned in this article
Mohun Bagan Football
Get the latest updates on Fifa Worldcup 2022 and check out  Fifa World Cup Schedule, Stats and Live Cricket Score. Like us on Facebook or follow us on Twitter for more sports updates. You can also download the NDTV Cricket app for Android or iOS.